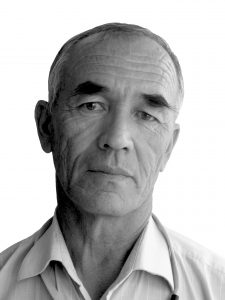 We at International Partnership for Human Rights (IPHR) are deeply shocked and saddened by the passing of prominent human rights defender Azimjan Askarov in prison in Kyrgyzstan. May he rest in peace. Our thoughts are with his family, friends and colleagues at this time.

The news of Askarov’s passing in the morning of 25 July 2020 followed reports about his seriously worsening health condition. When Askarov’s lawyer, Valeryan Vakhitov visited the defender in prison on 22 July, Askarov was not able to walk, had lost a lot of weight, had yellowish skin, and was coughing and spoke with difficulty. Askarov said that he had not eaten anything for the past ten days, and had therefore been getting glucose injections. On 24 July, Askarov was transferred for examinations to another prison than the one where he was serving his sentence. However, this intervention came too late.

Askarov’s lawyer has requested official documentation about the reasons for the defender’s death.

Askarov had for years been suffering from deteriorating health problems for which he did not receive adequate medical attention in prison. The Covid-19 pandemic reinforced concerns about Askarov’s health since he was at increased risk of this disease given his advanced age (he turned 69 in May 2020) and underlying health conditions, combined with his imprisonment. Together with other NGOs, IPHR called on the Kyrgyzstani authorities to protect Askarov’s health at this time and to support the humanitarian imperative of his situation and urgently release him.

Last month it was ten years since Askarov was arrested for his alleged involvement in the inter-ethnic violence that rocked southern Kyrgyzstan in June 2010. Following a seriously flawed investigation and trial, he was sentenced to life in prison. In 2016, the UN Human Rights Committee ruled that he had been arbitrarily detained, tortured and denied fair trial rights and that he should be immediately released and his conviction quashed. However, the Kyrgyzstani authorities failed to comply with this decision and continued to deny him justice, with a final appeal by the defender being rejected by Kyrgyzstan’s Supreme Court in May 2020.

In spite of the injustice that Askarov faced, he did not lose his spirits. When IPHR Director Brigitte Dufour visited Askarov in prison in November 2018, she was struck by his mental strength, intelligence, wit and humour. Askarov’s lawyer Valeryan Vahitov from the Bir Duino-Kyrgyzstan told IPHR that he was impressed by the defender’s courage and ability to withstand the burdens of his imprisonment and his will to continue to fight for justice. In a letter that IPHR received from Askarov on 12 June 2020, he wrote: “Those who put me in prison did so to silence me. But since I have been locked away my voice has been heard even more clearly than ever as I draw attention to the injustice ethnic Uzbeks have suffered in Kyrgyzstan and the impunity that prevails after the June 2010 events.“

Now Askarov has tragically died, but the struggle for justice on his behalf does not end. We at IPHR will continue to do all we can to contribute to obtaining redress for him in view of his wrongful imprisonment, as well as accountability for the apparent failure to grant him appropriate medical assistance in prison as his condition deteriorated to the point of being critical. We call on the Kyrgyzstani authorities to promptly, thoroughly and impartially investigate the circumstances of Askarov’s death; provide full information to his lawyer and family; and take relevant action against any official found guilty of wrongdoing with respect to ensuring lifesaving medical attention for the defender. We also call on the authorities to hand over the defender’s body to the family for burial.