Home About Where We Work Russia

IPHR works with partner groups on supporting civil society at this difficult time in Russia, as well as to challenge patterns of discrimination and inequality.

In the recent period, a widening crackdown on civil society has taken place in this country, in particular as a result of the implementation of the repressive 2012 “foreign agents” law. Dozens of groups have been registered as “foreign agents” against their will and intrusive inspections and trials against NGOs accused of serving “foreign interests” for carrying out legitimate work. Other recent legislation affecting civil society is also of serious concern, such as a vaguely worded law on “undesirable foreign organizations”, and so are reinforced efforts to stifle freedom of expression and open public debate in the country. Religious minorities, LGBTI members and migrants are subject to widespread discrimination and abuse.

The Russian policies towards civil society are an unfortunate source of “inspiration” for governments and policy-makers in other countries of the former Soviet Union, as seen in the rhetoric used and legislation initiated elsewhere.

Browse our publications and updates 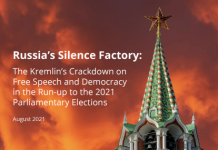 The Russian authorities deploy significant efforts to portray Russia as a functioning democracy, and to position its system of governance as a viable alternative... 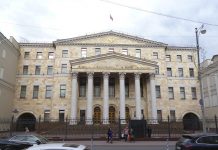 International Partnership for Human Rights (IPHR) today learned that it has been declared to be an “undesirable organization” on the territory of the Russian... 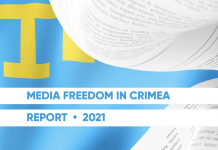 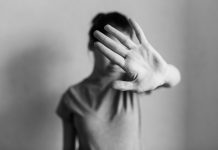 On 10 June 2021, police officers in Dagestan accompanied by Chechen law enforcement officials raided a women’s shelter in Makhachkala in search of Khalimat... 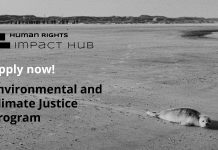 The Human Rights Impact Hub is calling for applications from lawyers and environmental rights defenders from Russia, Ukraine, Georgia, Armenia, Azerbaijan and Moldova who...
See more