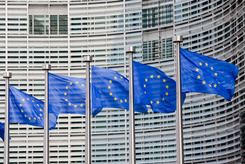 Brussels 18 May 2015. Torture and ill-treatment including electric shock, suffocation, rape and beatings continue to be widely used in Kyrgyzstan and impunity is the norm. Central Asian and international human rights organizations are calling on the European Union to use the Human Rights Dialogue, that takes place in Brussels today, to raise pressing concerns and individual torture cases, in line with the EU Guidelines to Policy towards Third Countries on Torture and Other Cruel, Inhuman and Degrading Treatment or Punishment. They insist the EU should work in close cooperation with the Government of Kyrgyzstan toward prevention and eradication of torture and ill-treatment in the country. In addition, the organizations are calling on Kyrgyzstan to commit to concrete steps to end torture and other forms of ill-treatment.

On the occasion of the EU-Kyrgyz Republic Human Rights Dialogue the coalitions against torture in Kazakhstan, Kyrgyzstan and Tajikistan, the Helsinki Foundation for Human Rights (HFHR, Poland), International Partnership for Human Rights (IPHR, Belgium) and the World Organisation against Torture (OMCT) jointly issued a document, entitled “Torture in Kyrgyzstan: Current concerns and recommendations”. It summarizes positive steps taken by the authorities of Kyrgyzstan in recent years, identifies serious gaps and weaknesses that persist in the legislative and institutional frameworks, and it focuses on how the failure to consistently implement existing legislation contributes to ongoing torture and impunity.

In 2014, the NGO Coalition against Torture in Kyrgyzstan documented over 80 cases of men, women and children who are believed to have been subjected to torture or other forms of ill-treatment and urged prosecutor’s offices to conduct effective investigations into the allegations. Although the strength of evidence in support of the allegations available to the Coalition in these cases is high, criminal cases were opened in only 16 of them and only very few police officers were convicted.

Among dozens of cases of torture and ill-treatment documented by NGOs in Kyrgyzstan in recent years is that of Yuri Marchenko from Tup village in the north-eastern Issyk-Kul region, whom police abused on two separate occasions in 2011. In September 2011, several officers reportedly held him without contact to the outside world for several hours and beat him. After his mother complained to the head of the local police and the district prosecutor’s office, he was released. In the night of 21 November, when returning home on his motorbike, Yuri was stopped by five men, some of whom he recognized as officers of Tup police station. The men reportedly beat him so severely with fists and metal objects that he lost consciousness. Police left him lying in the snow. He was believed to have been targeted to punish his family for filing complaints about the police abuse in September. Yuri Marchenko was hospitalized for two weeks and doctors recorded fractures in his nose and two rib bones, other injuries to his chest and head and bruises and abrasions in different parts of his body.

A criminal investigation was opened, but it was closed in April 2013 for “lack of evidence of a crime”. The criminal case was reopened in June 2013 and charges were brought against three officers. The trial made little progress as the defendants failed to appear in court for trial for many months. Finally, the court issued two defendants with a warning to ensure that they appear in court. The trial started in April 2014 and is still ongoing. A fourth alleged perpetrator was issued with a search warrant but is still at large. The Coalition against Torture in Kyrgyzstan is aware of many trials in torture-related cases that have not progressed for years. We therefore believe that international attention to this case is needed to ensure that the perpetrators are swiftly brought to justice.

We are concerned that the Criminal Procedure Code does not provide detainees with basic safeguards from the moment of de facto apprehension, such as access to a lawyer of their choice, access to independent medical examination and notification of family. Police routinely hold detainees in basements, traffic police cars or offices of police stations in the first hours, sometimes even days, of detention. There, police frequently subject them to torture or ill-treatment and force them to sign a confession, before placing them into a temporary detention facility (IVS) and recording their detention.

In Kyrgyzstan detainees do not undergo an independent routine medical examination upon admission to the IVS (run by the Ministry of Internal Affairs) and to investigation isolation facilities (SIZOs, run by the Government Service for the Execution of Punishments at the President’s Office). Medical personnel in these detention facilities lack independence as they are employed by the institution that runs the respective facility. The Coalition against Torture in Kyrgyzstan has documented many cases in recent years where medical personnel both in IVS and SIZOs failed to record injuries sustained as a result of police abuse. In those cases where IVS do not have their own medical attendants police usually take detainees to local public health clinics where they are seen by doctors or medical attendants for the legally required examination before transferring them to an IVS. Sometimes the examination is conducted in the presence of police officers. For fear of reprisals doctors often ignore injuries likely sustained through torture and victims often refrain from telling them about police abuse.

We are also concerned that allegations of torture and other ill-treatment are usually not investigated effectively and independently in Kyrgyzstan. The internal security services of law enforcement agencies conduct a preliminary inquiry into allegations of torture if victims submit their complaint to these agencies that are implicated in the complaint. Due to the lack of impartiality of this form of inquiry, the agencies usually conclude that the allegations have not been substantiated. As a result, in the vast majority of cases, no criminal proceedings are initiated.

Torture complaints can also be submitted to prosecutors. However, prosecutors, like the police, have an interest in reducing and resolving crime. In order to achieve this goal prosecutors may be inclined to overlook human rights violations committed by police, such as torture. Prosecutors and police from the same regions frequently have close professional and sometimes even personal links, which often poses an obstacle to thorough and impartial investigations into violations committed by police.

Another issue of concern is the lack of comprehensive reparation provided to torture victims in Kyrgyzstan, which should include fair and adequate compensation and rehabilitation for damages caused by torture and ill-treatment. While international standards hold that the state is responsible for these damages and must provide compensation, domestic legislation stipulates that civil courts can order the perpetrator to provide compensation for harm suffered. There have been some court decisions in recent years where perpetrators were ordered to provide compensation to victims. However, to our knowledge, none of the victims have yet received the payments.

This press release was jointly issued by the NGO coalitions against torture in Kazakhstan, Kyrgyzstan and Tajikistan, the Helsinki Foundation for Human Rights (Poland), International Partnership for Human Rights (Belgium) and the World Organisation against Torture (OMCT). It was produced with the financial assistance of Open Society Foundations. The contents of the document are the sole responsibility of the organizations issuing it and can under no circumstances be regarded as reflecting the position of Open Society Foundations.