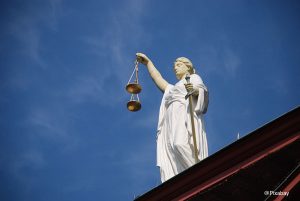 We, the undersigned members of the Civic Solidarity Platform (CSP) – a network of human rights NGOs from Europe, the former Soviet Union and North America – are seriously concerned that independent defense lawyers working on high-profile cases in Armenia have been subjected to harassment and obstruction by state agents in the performance of their professional duties. We call on the authorities of the country to put an end to this worrying pattern and ensure that all lawyers can carry out their work without hindrance.

The lawyers who have been subjected to pressure are in particular those who defend individuals charged with various serious crimes related to the July 2016 events, when the armed opposition group Sasna Tsrer seized a police station in Armenia’s capital city of Yerevan. The Sasna Tsrer group demanded the resignation of the president and the release of imprisoned opposition leaders and called on residents to take to the streets to support their demands, a call that was heeded by thousands of people. Police forcefully put down these mass protests.[i] The seizure of the police station ended after a two-week standoff. According to official information, over 60 people have been prosecuted and will stand trial in relation to these events.[ii] The lawyers working on the Sasna Tsrer cases who have faced harassment include Arayik Papikyan, Mushegh Shushanyan and Nina Karapetyants from the Helsinki Association of Armenia, a CSP member organization.

According to information available to us[iii], these and other lawyers working on the Sasna Tsrer and similar high profile cases have been prevented from visiting their clients in detention and denied the opportunity to hold private discussions with them. In other cases, officials at detention facilities have confiscated or destroyed notes from lawyer-client meetings when searching the defendants after the meetings. In this way, the lawyers have been hindered in their efforts to prepare the defense of their clients.

Lawyers working on the Sasna Tsrer and other high-profile cases have also been obstructed in their work in connection with court hearings. Some lawyers have been subjected to lengthy and intrusive security searches when arriving to court. The fact that other participants in the proceedings, such as prosecutors and other lawyers have not had to undergo similar searches suggests that these procedures have been selectively applied. The lawyers targeted have protested against the searches, considering them unlawful as Armenia’s Law on the Bar (article 21) prohibits searches of lawyers during the direct execution of their professional activities. At the same time, national legislation does not regulate the implementation of security searches, including through the use of technical means such as metal detectors in any detail, which allows for arbitrary actions by court bailiffs. When lawyers have refused to undergo searches, court bailiffs have accused them of failing to obey lawful requirements and barred them from accessing the courtroom.

The absence of the lawyers from the courtroom has, again, resulted in court orders, requesting the country’s Chamber of Advocates to take disciplinary measures against the lawyers. Such court orders have also been issued when lawyers have refused to continue to take part in hearings after their clients have been temporarily removed from the courtroom for alleged violations of court regulations. In these instances, the lawyers have not been allowed to plead or file motions, which has prevented them from carrying out their professional duty to defend the interests of their clients. Court-issued requests for disciplinary sanctions have, among others, been issued in relation to Arayik Papikyan, Mushegh Shushanyan and Nina Karapetyants. In addition, the Public Prosecutor’s Office and police have requested the Chamber of Advocates to take disciplinary measures against Arayik Papikyan and Mushegh Shushanyan because of comments made by them in social media posts and media interviews regarding irregularities during the ongoing court proceedings, as well as broader developments in Armenia. The Chamber of Advocates has initiated disciplinary proceedings in these cases and the proceedings are currently under way.

In accordance with Armenia’s Law on the Bar (article 39.1), the Chamber of Advocates may initiate disciplinary proceedings against lawyers on the basis of requests by courts or other state bodies over apparent violations by lawyers of the Law on the Bar or the Code of Conduct of Advocates. If found guilty, lawyers may be warned, ordered to undergo retraining courses, fined, or deprived of their license to practice law (article 39.9).

It is disturbing that several lawyers are now facing disciplinary proceedings and may be subject to disciplinary sanctions, potentially including disbarment for refusing to comply with arbitrary and unjustified requirements and restrictions by court bailiffs and courts, as well as for exercising their right to freedom of expression. We are also concerned about the impartiality of the disciplinary proceedings, in particular given biased views expressed in media interviews by the chair of the Chamber of Advocates and some members of the board considering the issue of disciplinary measures. It is of further concern that lawyers, with respect to whom courts have repeatedly issued orders requesting disciplinary measures in the course of legal proceedings may be banned from continuing to work on the cases in question. This may result in that the court instead appoints public defenders against the will of the defendants, thereby violating their right to have access to a lawyer of their choice, as protected by Armenia’s Constitution (article 67.2), the European Convention on Human Rights (article 6, part 3с) and the International Covenant on Civil and Political Rights (article 14, point 3b).

In this context, we also recall that the UN Basic Principles on the Role of Lawyers[iv] set out governments shall ensure that lawyers are able to perform their professional functions without intimidation, hindrance, harassment or improper interference, and that they are not identified with their clients or their clients’ causes as a result of discharging their functions. These principles, further, provide that governments shall respect the confidentiality of lawyer-client communications and consultations and ensure that detainees have adequate opportunities, time and facilities to receive visits and be consulted by lawyers, without delay, interception or censorship. According to the principles, lawyers may not be denied the right to appear before courts on behalf of their clients unless they have been disqualified in full conformity with the principles. Any disciplinary hearings against lawyers should be held before an impartial body and be subject to an independent judicial review, and lawyers should not suffer sanctions for any action taken in accordance with recognized professional duties, standards and ethics. The principles also stress that lawyers have the right to take part in public discussion of matters concerning the law, the administration of justice and the protection of human rights without suffering professional restrictions.

In a further worrying development, in addition to those described above, we have been informed that police used heavy-handed treatment against lawyers defending clients in Sasna Tsrer cases on 28 June 2017. As a commotion took place in the yard outside Yerevan’s Avan and Nor Nork District Court, where hearings are held, police reportedly pushed lawyers Lusineh Sahakyan, Inessa Petrosyan, Arayik Papikyan, Mushegh Shushanyn and Ara Zakaryan and restricted the freedom of movement of them and lawyer Tigran Hayrapetyan as these tried to intervene in support of a young man being taken to a police car. The incident was witnessed by journalists, relatives of the defendants and other individuals present in the courtyard. The same day, several defendants were also allegedly subjected to ill-treatment by police, including by being beaten in the court basement.[v] Investigations into the alleged ill-treatment of the defendants and lawyers were opened with a delay and are not known to have rendered any results so far. Under international and national law, the Armenian authorities have an obligation to ensure that any allegations of ill-treatment are investigated in a thorough and impartial manner and that those responsible are held accountable.

In view of the concerns outlined above, we call on the authorities of Armenia to:

We also call on the Chamber of Advocates to:

Signed by the following CSP members:

[i] See more in report issued by International Partnership for Human Rights (IPHR) on the basis of the findings of a fact-finding mission, at https://iphronline.org/report-armenians-awaiting-accountability-police-violence-20160908.html

[iv] These principles are available at: http://www.ohchr.org/EN/ProfessionalInterest/Pages/RoleOfLawyers.aspx