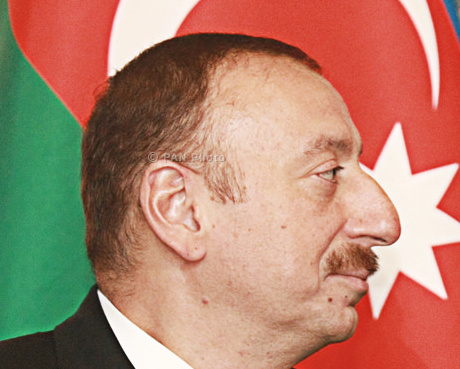 Ahead of the Brussels visit of Azerbaijan’s President Ilham Aliyev on 6 February 2017, 76 NGOs sent a joint letter to high-ranking EU officials, urging them to use this visit to insist on concrete, lasting human rights reforms in Azerbaijan. The signatories to the letter urged the EU and its member states, in particular, to secure tangible human rights improvements from Azerbaijan’s government at the very outset of the negotiations of the new EU-Azerbaijan partnership agreement, which the EU Foreign Affairs Council has now mandated. The letter stresses that such improvements should include the release of wrongfully imprisoned human rights defenders, journalists, civil society and political activists; an end to the politically motivated persecution of such individuals; and reforms of laws and regulations that restrict the operation of NGOs, independent media and freedom of speech.

Read the full letter below or download it here.

We, the undersigned organizations, are writing in advance of Azerbaijan President Ilham Aliyev’s upcoming visit to Brussels and meeting with you. We urge you to use this high-level visit to insist that President Aliyev commits to concrete, lasting human rights reforms in Azerbaijan. Insisting on such reforms would help ensure that the EU guides its engagement with Azerbaijan in a manner that honors Article 21 of the Lisbon Treaty, and the EU strategic framework and action plan on democracy and human rights, by fostering “democracy, the rule of law, the universality and indivisibility of human rights and fundamental freedoms.”

President Aliyev’s visit takes place following the EU Foreign Affairs Council’s authorization of a mandate for negotiating a new partnership agreement between the EU and Azerbaijan. At the same time, the Azerbaijani government restricts the space for independent activism, critical journalism, and opposition political activity by imprisoning and harassing many activists, prominent human rights defenders, and journalists, as well as by adopting laws and regulations restricting the activities of independent groups and their ability to secure funding.

The Azerbaijani authorities are sensitive to concerns from partners such as the EU, as demonstrated by their release of 17 human rights defenders, journalists, and political activists in 2016. Despite this, the authorities continue to keep many other government critics wrongfully imprisoned, and have arrested more political activists and bloggers throughout 2016 and 2017, underscoring that partners can only expect to see meaningful results if they have principled and consistent engagement and set clear benchmarks for sustained reform.

Non-governmental organizations in Azerbaijan face serious obstacles to operating independently due to excessive legal and regulatory restrictions. Cabinet of Ministers regulations issued in January 2017, as part of the government’s review of laws regulating NGOs and donors, offer limited prospect for fundamentally improving the operational environment for NGOs. Although the new regulations simplify some procedures for registration of foreign grants, they leave intact the large discretion of the authorities to arbitrarily deny their registration.

Azerbaijan violates its human rights commitments to free speech, assembly and other protections, blatantly ignores the European Court of Human Rights judgment in the Ilgar Mammadov case and blocks all funding to independent civil society organizations by any EU institution. Deepening engagement with a government without securing concrete and sustainable human rights improvements sends a message that these issues are not of concern to the EU and could lead to further deterioration in human rights protection.

In 2015 the Extractive Industries Transparency Initiative (EITI) downgraded Azerbaijan’s status from ‘member’ to ‘candidate,’ due to the inability of civil society to adequately participate in EITI decision-making processes because of the country’s severe restrictions on free speech and free association. In October 2016, after re-assessment, EITI chose not to reinstate Azerbaijan’s status due to a lack of improvements. The Open Government Partnership voted in May 2016 to downgrade Azerbaijan’s membership to “inactive status,” citing the authorities’ arrests of activists, freezing of NGO bank accounts and restrictions on foreign funding, and other concerns.

In light of this, in your upcoming meetings with President Aliyev, we urge you to insist on:

We also call upon relevant European Union institutions to abide by their commitments to transparency, including ahead of and during the process of negotiating the new partnership agreement between the European Union and Azerbaijan. Transparency and public scrutiny are fundamental elements of good governance.

We thank you for your attention and remain at your disposal for any further questions.

Human Rights House Belgrade (on behalf of the following NGOs):

Human Rights House Oslo (on behalf of the following NGOs):

Human Rights House Tbilisi (on behalf of the following NGOs):

Human Rights House Voronezh (on behalf of the following NGOs):

Human Rights House Warsaw (on behalf of the following NGO):

Human Rights House Zagreb (on behalf of the following NGOs):