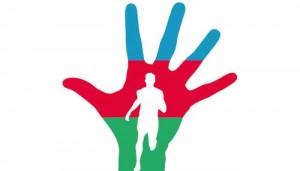 International Partnership for Human Rights (IPHR) has joined the Norwegian Helsinki Committee and other members of the Sport for Rights coalition in raising concern about the case of lawyer Yalchin Imanov who is at the risk of disbarment in Azerbaijan. His case is part of a wider trend, in which independent human rights lawyers have been subjected to growing pressure in this country and a number of lawyers representing government critics already have been disbarred.

This is the text of the joint statement issued today:

The Norwegian Helsinki Committee and the other undersigned members of the Sport for Rights coalition express serious concern regarding the on-going disciplinary case against Yalchin Imanov, a prominent human rights lawyer in Azerbaijan. Any disciplinary sanctions against the lawyer could severely undermine his independence as member of the legal profession and hinder his important and legitimate professional activity.

“The recent judicial harassment against Imanov and many other independent lawyers in Azerbaijan contravenes obligations Azerbaijan has undertaken before the international community,” Secretary General Bjørn Engesland of the Norwegian Helsinki Committee said. International human rights law pays particular attention to the independence of lawyers and imposes upon the authorities the obligation to ensure that lawyers are able to perform their professional functions without intimidation, hindrance, or harassment.

“The recent judicial harassment against Imanov and many other independent lawyers in Azerbaijan contravenes obligations Azerbaijan has undertaken before the international community,” Secretary General Bjørn Engesland of the Norwegian Helsinki Committee said. International human rights law pays particular attention to the independence of lawyers and imposes upon the authorities the obligation to ensure that lawyers are able to perform their professional functions without intimidation, hindrance, or harassment.

The Case of Yalchin Imanov

Yalchin Imanov, 43, is a practicing lawyer and has been a member of the Collegium of Advocates since 2007. Imanov represents the interests of many well-known political prisoners in Azerbaijani jails. His clients include imprisoned journalist Khadija Ismayilova, political opposition figures Mammad Ibrahim, Fuad Gahramanli, and Murad Adilov, journalist Nijat Aliyev, and many other wrongfully arrested dissidents and victims of human rights violations in Azerbaijan.

The case against lawyer Imanov was reportedly based on a complaint issued by a judge of the Baku Narimanov District Court during the trial of an opposition activist. On 12 February, the judge filed a complaint with the Collegium of Advocates requesting the body to take appropriate disciplinary action against Imanov for his “unethical behaviour” against the Court. According to Imanov, in the complaint the judge said that Imanov’s statements about the “judge’s negligent approach to the motions” and “non-objective consideration of motions” were intended to express impoliteness against the court and that the lawyer did not show due respect in the trial process.

The lawyer was not provided with an official copy of the judge’s allegations against him. Imanov told the Norwegian Helsinki Committee that he had simply exercised his right to voice his opinion about the trial process, and had not shown any disrespect or alleged inappropriate conduct in court, although Article 20 of the UN Basic Principles on the Role of Lawyers states that lawyers shall enjoy immunity for relevant statements made in good faith in the professional appearance before a court. Imanov characterised the complaint against him as part of a broader campaign of pressure against lawyers that take on politically sensitive cases and clients considered by the authorities to be subversive.

The situation for human rights lawyers in Azerbaijan

The past two years have seen a drastic increase in the amount of pressure exerted on Azerbaijan’s small cadre of independent human rights lawyers. Lawyers who take on politically sensitive cases with a human rights perspective challenging the authorities risk paying a high price. For example, Intigam Aliyev, a leading human rights lawyer, has been jailed since 8 August 2014. On 24 February 2016, the Azerbaijan Supreme Court rejected Aliyev’s appeal, leaving him to serve the remainder of his 7.5-year sentence.

Furthermore, lawyers in Azerbaijan have also been subject to arbitrary travel bans, which as a result prevents them from representing their clients at the European Court of Human Rights (ECtHR), receiving further education and training abroad, or participating in the events of international organisations. Lawyer Asabali Mustafayev, who is a member of the Collegium of Advocates, remains under a travel ban, and investigations into his organisation are on-going.

Today, there is only a very small group of lawyers in Azerbaijan who remain willing to take the risk of representing cases related to civil society or of political activists. With the on-going crackdown, this handful of courageous lawyers cannot perform their professional duties without fear of retribution, and are increasingly rendered unable to practice law. Other lawyers hesitate to take on “political cases” out of fear of being disbarred by the Collegium of Advocates and subsequently having their licenses revoked or suspended or even facing criminal sanctions.

“Such judicial harassment highlights serious concerns regarding the independence of the Collegium of Advocates, as well as its ability to protect the interests of the legal profession in the country”, Brigitte Dufour, Director of International Partnership for Human Rights (IPHR) said. Over the past few years, the Collegium of Advocates, under the strict control of the Ministry of Justice, has disbarred a number of lawyers[1] who have represented critics of the government.

The repression against lawyers leaves the most vulnerable clients even more liable to persecution and effectively undermines their defence. These lawyers are also instrumental in facilitating the submission of Azerbaijani citizens’ cases to the ECtHR. These cases have cast the international spotlight on Azerbaijan’s manifold human rights violations. The numbers of independent lawyers are alarmingly decreasing, thus denying the wrongfully imprisoned activists their right to legal defence, as recently reported in a review of threats against and practices on human rights lawyers.[2]

Many lawyers who represented the leading civil society actors arrested since summer 2014 have faced harassment and unjustified punishment. The undersigning organisations therefore strongly believe that the on-going disciplinary case against Imanov is one more politically motivated case against a lawyer and is connected to the sensitive nature of his clients’ cases.

Imanov and Azerbaijan’s other remaining independent lawyers should be able to practice law without fear of retribution, as required by international human rights law.

The undersigned members of the Sport for Rights coalition call on the disciplinary committee of the Collegium of Advocates to review this groundless case and dismiss the complaint brought against Imanov, ensuring that he is able to perform his professional duties without further intimidation, hindrance, or harassment.

The Norwegian Helsinki Committee and the other undersigned NGOs further call on the authorities of Azerbaijan to put an end to the repression targeting human rights lawyers. They should immediately cease such persecution and all forms of harassment of lawyers who are providing assistance to human rights defenders, journalists, and activists.

[1] The list of disbarred lawyers in Azerbaijan from 2013 to present: Khalid Baghirov, Alayif Hasanov, and Aslan Ismayilov. Before 2012: Elchin Namazov, Namizad Safarov, Gurban Mammadov, Latifa Aliyeva, Hidayat Suleymanov, and Hazi Mammadov. Prior to that, lawyers Annaghi Hajibayli and Intigam Aliyev were refused membership of the Bar Association.