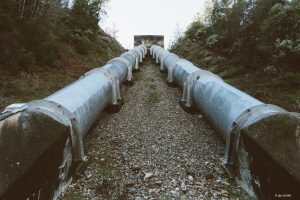 Human Rights Watch, Crude Accountability and International Partnership for Human Rights prepared a joint letter to the President of European Investment Bank (EIB) Dr. Werner Hoyer, urging EIB to take into account the Azerbaijan government’s sustained and vicious crackdown against the country’s civil society, and link the bank’s further investment in Azerbaijan to concrete rights improvements, in compliance with the principles of EU External Action as set out in Article 21 of the EU treaty, and to ensure the EIB respects its obligations under the EU Charter of Fundamental Rights.

We believe that supporting the TAP and TANAP project despite the ongoing repressive climate in Azerbaijan, and the government’s repeated violation of its own human rights obligations, would contravene the EIB’s commitments to respect human rights, to maximize social well-being through the projects it finances, and its emphasis on the importance of civil society in development decisions and holding governments to account. The Azerbaijani government’s actions against civil society are a serious impediment to these principles and thus to inclusive, sustainable development.

For these reasons, we urge the EIB to abstain from providing additional financing for TAP and TANAP and suspend their consideration until the government of Azerbaijan has:

We also ask the EIB, through its diplomatic engagement with the Azerbaijani government and in public statements, to raise concerns about the continued crackdown on independent civil society, emphasizing how the crackdown undermines inclusive, sustainable development.