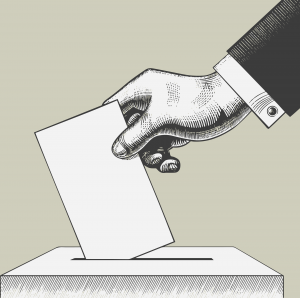 International Partnership for Human Rights (IPHR) calls on the authorities of Azerbaijan to promptly investigate all allegations of violations related to the recent, early parliamentary elections and to bring those responsible to justice. These violations include, in particular, significant irregularities recorded by independent observers on election day; pressure on monitors and journalists; and the violent dispersal of a post-election protest in the capital Baku.

“The Azerbaijani authorities must demonstrate they are serious about their proclaimed commitment to the rule of law and take effective measures to address the violations reported before, during and after the elections,” stated Simon Papuashvili, IPHR Programme Director. “Their failure to do so will further undermine the credibility of the elections and the government’s reform agenda”.

The president called the parliamentary elections, held on 9 February, nine months early because of the alleged need to modernize the lawmaking body and accelerate the pace of economic, social and other reforms announced by his government. There were also some hopes that these elections would be more democratic compared to previous elections in the country, as the candidate registration process was more inclusive this time. However, both independent national and international observers found that the elections, which resulted in an overwhelming victory for the ruling party and its allies, were marred by serious violations similar to those seen before and that they did not meet international standards for free and fair elections.

Two days after the elections, on 11 February, a group of opposition and independent candidates and their supporters held a peaceful protest outside the office of the Central Election Commission in Baku, demanding that the election results be annulled because of the unfair vote. Police  dispersed the protest and forcibly detained over 20 participants and journalists who were covering the protest, placed them on buses and drove them around for a couple of hours before releasing them. Some of those detained reportedly sustained injuries requiring treatment after being beaten by police. The OSCE Representative on Freedom of the Media, Harlem Désir, said that he was “very concerned” by the “detentions, violent incidents and mistreatment by law enforcement representatives”.

On election day, independent national and international observers recorded numerous procedural irregularities across the country, including so-called carousel and other multiple voting, ballot box stuffing and voting without registration. There were also widespread problems with the vote count and the reporting of results. In addition, numerous cases were reported in which election monitors and journalists covering the elections were obstructed in their work and, sometimes, verbally and physically attacked.

While the candidate registration process prior to the elections was generally inclusive, resulting in more than 1300 registered candidates, some opposition leaders and civil society representatives were denied registration and other candidates were reportedly pressured to withdraw from the race. Moreover, the election campaign took place against the background of wide-ranging restrictions on freedom of expression, association and assembly in Azerbaijan, with the government controlling the debate and with little opportunities for government critical candidates to make their voices heard or challenge anti-opposition propaganda. The National Council of Democratic Forces (NCDF), a major coalition of opposition parties, boycotted the elections on these grounds.

The election observation mission deployed by the Office for Democratic Institutions and Human Rights (ODIHR) of the Organization for Security and Co-operation in Europe concluded that the “restrictive legislation and political environment prevented genuine competition” in the elections and that voters were “not provided with a meaningful choice due to a lack of real political discussion.” The European Platform for Democratic Elections, a non-governmental network, stated that the violations recorded throughout the election process “made it impossible for the elections to be fair and free” and resulted in that they “failed to reflect the free will of the people of Azerbaijan”.

Thus, overall, the conduct of the snap elections represented no real progress compared to previous elections and was a disappointment to those who had expected change. Turgut Gambar, a leader of the civic movement N!DA who ran as an independent candidate, said that the elections were “another lost opportunity” for the Azerbaijani government to take concrete steps towards a democratic transition. At the same time, he did not regret running in the elections, which he saw as an opportunity to encourage more people to take an interest in political affairs.

According to preliminary results published by the Central Election Commission, the ruling New Azerbaijan Party secured a majority of the seats in the parliament, while most other seats went to pro-government parties and nominally independent candidates loyal to the government. Only one representative of an opposition party was elected to the new parliament. The official voter turnout was exceptionally low: 48 percent.

IPHR calls on the Azerbaijani authorities to implement the recommendations made by the ODIHR and other international bodies for how to ensure a more democratic election process, as well as to initiate systematic reforms aimed at safeguarding fundamental freedoms and creating real space for public debate and democratic participation in the country.

Read this statement in pdf here.