Home Campaigns, Open Letters and News Alerts Azerbaijan: Letter to the Board of the Extractive Industries Transparency Initiative 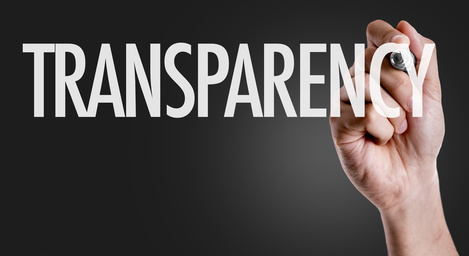 Together with 17 other NGOs, International Partnership for Human Rights (IPHR) has sent an open letter to the Board of the Extractive Industries Transparency Initiative (EITI)  ahead of its upcoming review of Azerbaijan’s status under this initiative, which was established to promote open and accountable management of natural resources. The signatories call on the EITI’s Board to suspend Azerbaijan from EITI participation because its government has continuously violated the initiative’s requirements on fostering an enabling civil society environment. While the Azerbaijani government has taken some limited steps to remedy issues outlined by the EITI in this regard, serious problems remain and a renewed crackdown on civil society has been launched in Azerbaijan in recent months. These concerns are outlined in detail in the letter and a briefing note annexed to the letter.

Dear Members of the Extractive Industries Transparency Initiative Board,

In light of the upcoming review of Azerbaijan’s status in the Extractive Industries Transparency Initiative (EITI) in October, the undersigned organisations call on the EITI Board to suspend Azerbaijan from participation in EITI, due to continuous breach of the initiative’s requirements for fostering an enabling environment for civil society.

EITI downgraded Azerbaijan’s status from ‘compliant’ to ‘candidate’ in April 2015, setting out corrective actions the Azerbaijani government must take to restore its status. During her visit to Azerbaijan last year, EITI Chairwoman Clare Short met with President Ilham Aliyev on 8 October 2015. At the meeting, President Aliyev acknowledged that restrictions were imposed on civil society’s activities and promised to eliminate them[1].

Since then, the government has taken some limited positive actions to remedy the issues outlined in the EITI corrective action plan; however, persistent problems remain and the government has launched a renewed crackdown on civic space, including on cultural actors, during recent months. The attached annex provides further information on the current context for civil society in Azerbaijan; while this letter summarises problems that continue to prevent civil society from meaningfully participating in the EITI.

Persecution and harassment of members of the EITI NGO Coalition

The Azerbaijani government continues to harass representatives of the EITI NGO Coalition in Azerbaijan[2], preventing them from effectively contributing to EITI processes.

Two members of the EITI NGO Coalition, Asif Yusifli and Fuad Gahramanli, remain in prison on spurious charges. Mr Yusifli, a high-ranking member of Azerbaijan’s opposition Popular Front Party, was arrested on 25 November 2014 and later convicted on charges of fraud and forgery. He is presently serving a six-year prison sentence. Mr Gahramanli, deputy chairman of the opposition Popular Front Party, was arrested on 8 December 2015 on charges of incitement to religious hatred in connection to comments he posted on Facebook. The comments constituted legitimate exercise of the right to freedom of expression and Amnesty International have named Gahramanli a prisoner of conscience. He is currently on pre-trial detention as the court proceedings in his criminal case are underway. The proceedings against both men are widely believed to be politically-motivated, aimed at preventing their activities as opposition politicians.

Furthermore, the wife of Fuad Gahramanli, Zumrud Yagmur has also faced reprisals as her novel Country Name: 22 was effectively banned from sale by bookshops due to content critical of the government.

Another member of the Council of the EITI Coalition and chairman of the Public Association for Democratic Reform, Ogtay Gulaliyev, is currently under an international travel ban due to an ongoing criminal case dating back to 2012. On 23 June 2016, after applying for a new passport, he was taken to the police station where he was informed about the ban. Gulaliyev was originally sentenced to 12-day administrative imprisonment for minor hooliganism on 9 April 2012. However, a day before the expiration of his administrative detention, on 20 April 2012, Gulaliyev was sentenced to two-months of pre-trial detention and charged with “active disobedience to authorities’ legal orders” and  “incitement to mass riots and to violence against citizens”. On 13 June 2012, Sabirabad Regional Court replaced Gulaliyev’s pre-trial detention with police supervision and he was consequently released. However, the criminal case against him remains open.

Other members of the Coalition, Zohrab Ismayil, chairman of Public Association for Assistance to Free Economy, Elchin Abdullayev, chairman of Democratic Institution and Human Rights Public Union, and Sabuhi Gafarov, chairman of “Free Person” Human Rights Protection Society, remain outside the country, having been forced to leave Azerbaijan in 2014, to avoid imminent arrest in relation to the criminal case launched against NGOs in 2014. Several other NGO leaders, including Rasul Jafarov and Intigam Aliyev, had been jailed as part of this case.

Meanwhile, those that remain in Azerbaijan face major obstacles to their activities, related to restrictive NGO legislation, explored below. The inability of these independent members to operate in Baku has led to an increase in the number of pro-government NGOs in the Coalition, which has enabled the government to control the activities of the NGOs in the framework of EITI.

The harassment of members of the EITI coalition continues to occur against a broader back drop of persecution of civil society.

Restrictive amendments introduced to NGO legislation in 2014 render it almost impossible for independent NGOs to operate within Azerbaijan. The European Commission for Democracy through Law (Venice Commission)has raised concerns about the legislation, which they believe illegitimately restrict the activities of NGOs, making recommendations for reform, which the Azerbaijani government has ignored.[3]

The amendments made to the NGO legislation have hampered NGOs’ ability to access foreign funding.  If a foreign donor issues a grant to an NGO operating in Azerbaijan, the grant has to be approved by the Ministry of Justice. Given the current political climate, the Ministry refuses to approve foreign grants, particularly the grants allocated for human rights NGOs. In fact, the purpose of these amendments was to effectively ban access to foreign funding.

A criminal case launched against a number of NGOs by the Serious Crimes Investigation Department of the Prosecutor General’s Office in April 2014 is still ongoing.

Moreover, despite the unfreezing of bank accounts of EITI coalition members, the accounts of many other NGOs and their directors are still frozen. Foreign travel bans imposed on NGO leaders have not been lifted, while other members of civil society are subject to arbitrary checks by customs officers when leaving the country.

Lack of political will for reform

To successfully implement the corrective actions outlined by the EITI, the government must demonstrate political will to introduce genuine reforms and create the conditions for developing civil society in the country.

Although the government faces serious economic problems, it remains unwilling to cooperate with civil society, and continues to violate the rights to freedom of expression, association and assembly, preventing civil society from meaningfully operating within the country.

The government has signalled that, despite external pressure, it does not intend to reform its policies towards civil society. In May 2015, after Azerbaijan’s status in EITI was downgraded, the head of the State Oil Fund of Azerbaijan Shahmar Movsumov stated that EITI had lost its appeal to Azerbaijan. Movsumov, who is also the EITI programme coordinator in Azerbaijan, said that Azerbaijan was considering leaving the EITI, following a change in the initiative’s strategy: “if earlier the EITI’s strategy was aimed at ensuring transparency, now it fulfils the function of protecting the interests of NGOs[4],” he said.

We, the undersigned organisations, deeply appreciate the principled position demonstrated by the EITI last year, including during the visit of EITI Chairwoman Clare Short to Azerbaijan. The initiative’s repeated emphasis on the need for Azerbaijan to reform offers some hope to independent activists in Azerbaijan.

We ask members of the EITI board to suspend Azerbaijan from membership in the initiative, until the government addresses the following issues:

We thank the EITI Board for its commitment to addressing deteriorating civic space in Azerbaijan, and urge you to maintain this principled stance, in order to defend transparency in Azerbaijan and uphold the high standards required by the EITI.

[1]The extracts of the interview Ms Clare Short had with BBC Azeri on 13 October 2016. Original version: http://www.bbc.com/azeri/azerbaijan/2015/10/151013_clare_short_intEnglish translation: http://www.azhr.org/single-post/2015/10/12/Conversation-with-Ilham-Aliyev-about-pressure-on-civil-society

[2]According to the website of the EITI Azerbaijan Coalition, the Coalition has some 138 members. The work of the coalition is goverened by the Coalition Council, comprised of 10 members and one coordinator. http://eiti-ngo-azerbaijan.org/?page_id=155

[3] The Venice Commission opinion 787/2014. On the law on non-governmental organisations (public associations and funds) as amended of the Republic of Azerbaijan. Strasbourg, 15 December 2014.