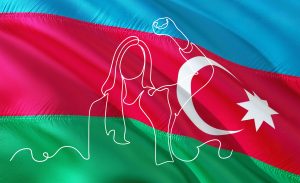 On 8 March 2021, feminist activists had planned to hold a peaceful demonstration to mark International Women’s Day around the main square in Baku. However, they were detained by police officers using unreasonable force before they could gather in a group. At least 25 activists were taken to police stations across the city and held until they were identified. After several hours all those detained were released.

For example, feminist activist Rabiya Mammadova told IPHR: “On my way to the march, several people in civilian clothes dragged me out of my taxi, forced me into their car and drove me to the 37th Police Department. When we got there, one man, who said he was a policeman, stayed in the back seat with me. He started hitting me around the side of the head, strangling and beating me. He strangled me until I could no longer breathe and only then did he let go, but he continued beating me. When another policeman tried to stop him,he told him that he was carrying out the orders of the Head of the [Baku] City Police Department. Afterwards, police officers dragged me out of the car and took me into the police station. My lawyer heard that I had been beaten and called an ambulance. When the police realised that an ambulance was on the way, they released me. In the hospital I was diagnosed with hearing loss, and injuries to my arm and neck.” Mammadova showed IPHR the bruises on her body and medical certificates recording the injuries sustained during the beating by the police officer.

Despite the efforts of the police to disrupt the event, some activists managed to read out a statement calling on the government to take decisive action to address gender-based violence and femicide, and to adopt the Istanbul Convention on preventing and combating violence against women and domestic violence.

This is not the first time that a peaceful demonstration on International Women’s Day was disbanded by police in Baku. Last year, the peaceful rally held on 8 March turned into a violent clash between activists and law enforcement officers.  This year, the authorities claimed that the demonstration was unsanctioned due to public health restrictions linked to the coronavirus pandemic. However, it is important that state restrictions on fundamental freedoms during the Covid-19 pandemic are necessary and proportionate. As the UN expert on the rights to freedoms of peaceful assembly and of association, Clément Voule, stated: “States’ responses to Covid 19 threat should not halt freedoms of assembly and association”.

IPHR condemns the excessive use of force by police officers against peaceful demonstrators on International Women’s Day. We call on the Azerbaijani government to abide by its international human rights obligations and guarantee the right to peaceful assembly. We urge them to ensure that all allegations of the use of excessive and unreasonable force against the activists are investigated fully and impartially and that those responsible are brought to justice.

Furthermore, we support the women activists’ calls to the Azerbaijani government to adopt and implement effective policies to address gender-based violence, such as honour killings, femicides and domestic violence as a priority.