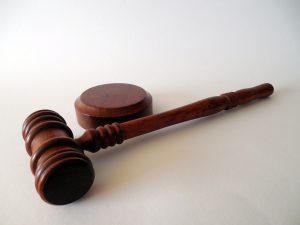 The undersigned organisations are concerned over the initiation of disciplinary measures by the Azerbaijani Bar Association against the human rights lawyers Nemat Kerimli and Elchin Sadigov. We urge the Presidium of the Azerbaijani Bar Association to refrain from interfering with the vital work and independence of human rights lawyers. We also renew our call to reinstate the license of Shahla Humbatova and condemn the disciplinary measures against her.

On 7 December, Kerimli was notified by the Disciplinary Committee of the Bar Association that a complaint had been lodged against him by the Office of the Prosecutor General. The complaint, filed by Baku City Prosecutor Ilgar Abbasov, requests Kerimli be disciplined for discussing his client Tofiq Yaqublu’s allegations of torture and mistreatment by Baku police in an interview with independent media outlet Meydan TV on 19 October. Yaqublu was one of the leaders of the peaceful protest held that day in central Baku which police dispersed with excessive force and arrested over 100 people.

The complaint against Kerimli requests he be disciplined under Article 22 of the Law of the Republic of Azerbaijan “On lawyers and legal practice”. Article 22 is limited to defining the disciplinary process for lawyers who may have violated the Code of Conduct or a separate law. As the complaint does not elaborate on any such violation, it is unclear on what grounds it stands.

The Azerbaijani Bar Association often seeks to discipline lawyers who speak publicly on politically sensitive cases, and Kerimili’s license was suspended in April 2018 for one year after the Prosecutor General’s office lodged complaints over public statements he made over the case of Afgan Mukhtarli.

On 14 November, the First Deputy Prosecutor General of Azerbaijan, Rustem Usubov, lodged a complaint against Elchin Sadigov with the Bar Association. The complaint concerned a Facebook post by Sadigov speculating on the cause of the 29 October car crash that hospitalised the prominent Azerbaijani human rights activist Oktay Gulaliyev. Gulaliyev is currently in a coma in a hospital in Istanbul, and domestic and international observers have called for a full and impartial investigation into the incident.

Usubov’s complaint argued that the social post sought “to undermine the work done by the state authorities in investigating the traffic accident, to mislead people and to distrust the state” and asks the Bar Assocation to consider taking “appropriate action.” The complaint does not identify specific concrete legal or ethical violations, request specific punishment, or explain how Sadigov’s Facebook post relates to his work as a lawyer.

Sadigov has also been repeatedly subjected to disciplinary proceedings. He was formally reprimanded in February 2019 for supposedly encouraging his client, Yunus Safarov, to make false claims of torture against the authorities. The charges are belied by photographs and videos of Safarov’s body with unambiguous signs of torture that circulated widely on social media after his arrest.

In a report published on 11 December, Council of Europe Commissioner for Human Rights Dunja Mijatović expressed her concern for numerous reports of the abuse of disciplinary proceedings against human rights lawyers working on politically sensitive cases, and her call to protect lawyers’ freedom of expression is especially relevant in Kerimli and Sadigov’s cases.

The undersigned organisations reiterate their call to protect, not undermine, the independence of the legal profession in Azerbaijan, and for the government of Azerbaijan to comply with international standards on the protection of the legal profession, including those contained in the International Covenant on Civil and Political Rights, the European Convention on Human Rights and the UN Basic Principles on the Role of Lawyers.