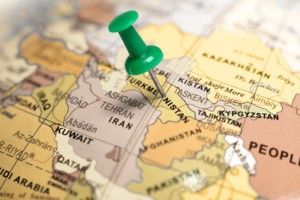 Today the EU’s annual Human Rights Dialogue with Turkmenistan will be held in Brussels to discuss the state of human rights in this Central Asian country. Turkmenistan’s government, which is looking for closer relations with the EU, has recently taken a number of steps said to be aimed at improving compliance with international human rights standards, such as by adopting a first-ever national human rights action plan, announcing that it will establish a human rights ombudsman’s office, and elaborating and bringing into effect new legislation. However, as documented by Turkmen Initiative for Human Rights (TIHR) and International Partnership for Human Rights (IPHR) in a briefing paper for today’s meeting, to date there have been no real improvements in practice.

Fundamental rights and freedoms continue to be seriously infringed in Turkmenistan and it remains one of the most repressive countries in the world, where the president keeps a firm grip on power and no dissent is allowed. TIHR’s and IPHR’s briefing paper highlights current key human rights concerns that the EU has been asked to raise with the Turkmenistani authorities. These concerns include:

More details on these issues can be found in TIHR’s and IPHR’s briefing paper for the EU-Turkmenistan Human Rights Dialogue. Download the briefing paper here.

The EU-Turkmenistan Human Rights Dialogue is taking place in the context of a renewed discussion about the “normalization” of EU-Turkmenistan relations. An EU-Turkmenistan Partnership and Cooperation Agreement (PCA), which provides a legal framework for cooperation in different areas, was signed in 1998 but has yet to be ratified. Because of the lack of concrete human rights improvements in Turkmenistan and the failure of its government to make progress on benchmarks set out in 2009 as a condition for ratifying the PCA[i], the European Parliament has been withholding its consent to the agreement. In an open letter sent last month, 29 NGOs from 15 different countries called on Members of the European Parliament to continue to defer approval of the PCA until Turkmenistan’s government meets the Parliament’s human rights benchmarks. The signatories noted that moving forward on the PCA in the absence of such progress “would squander one of the key levers of influence the EU can have on human rights in Turkmenistan.” The PCA needs to be ratified by all EU member states and the European Parliament before it can enter into force.

[i] The benchmarks set out by the European Parliament include: the unconditional release of all political prisoners; the removal of obstacles to free travel; free access for the International Red Cross and other independent monitors; and improvements in civil liberties, including for nongovernmental organizations in Turkmenistan.