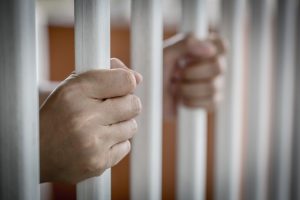 On 10 March 2021, Russian-Ukrainian journalist Vladyslav Yesypenko was detained by the Federal Security Service (FSB) in Russian-occupied Crimea. The day before, Yesypenko had taken part in an event commemorating the 207th anniversary of the Ukrainian poet Taras Shevchenko.

Following his arrest Yesypenko was accused of illegally manufacturing firearms after an object resembling an explosive device was allegedly found in his car during his apprehension.[1] On 16 March, he was further accused of espionage on behalf of the Ukrainian Security Service. According to the FSB, Yesypenko confessed to collecting data for Ukrainian intelligence, however, International Partnership for Human Rights (IPHR) is concerned that the journalist may have been subjected to torture or  other ill-treatment in order to force him to confess.  According to his wife, the video released by the FSB showing Yesypenko’s  ‘confession’ shows clear signs of him  having been beaten.[2]

On 15 March 2021, Yesypenko’s lawyer, Emil Kuberdinov, said he had not been allowed to see his client since his arrest. Instead, he was given a court- appointed lawyer, Violetta Synieglazova, who has often been involved in cases against Ukrainian nationals.[3] The court in Simferopol ruled to keep Yesypenko in custody until 11 May 2021. However, there are concerns that this may be subject to extension in future rulings.

Yesypenko’s arrest coincided with the celebrations of the 7th anniversary of the Crimean occupation and is part of the larger pattern of Kremlin intimidation and harassment against any alternative voice in Russia-annexed Crimea. To date, nearly 60 journalists affiliated with Crimean.Realities, a regional news outlet of RFE/RL’s Ukranian Service to which Yesypenko is a freelance contributor, have faced pressure to either cease their journalistic activities or leave Crimea.

IPHR strongly condemns this attempt at silencing a journalist and calls for the immediate and unconditional release of Vladyslav Yesypenko. We also call on the Russian authorities to respect his human rights while he is in detention, and in particular to ensure he has immediate access to an independent lawyer of his choice and is protected from torture and ill-treatment.