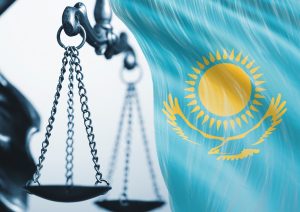 Six months after the deaths of over 240 people and hundreds were allegedly subjected to torture and other ill-treatment, there has been no accountability for the victims and their families. To ensure justice the Kazakhstani government needs to take urgent action to set up a fully independent investigation with the input of recognized independent international experts.

According to official figures from the General Prosecutor’s Office, between 4 and 6 January, 2022, protests across the country and the response of Kazakhstani security forces[1] led to the deaths of 241 people. The authorities have not published an official list of those who died, except for 19 security officials. Radio Azattyq, RFE/RL’s Kazakh Service, compiled a list of 188 people who died during the events and the Ar.Rukh.Khak foundation has identified 221 people. Human Rights Watch research shows that on at least four occasions in Almaty, security forces used lethal force against protesters who posed no immediate threat to the lives of others. At least 10 people were shot dead during these 4 incidents. Hundreds of people were arbitrarily arrested and held in detention, where they faced further violence including beatings and electric shocks. In four documented cases, the security forces forcibly removed injured protesters from hospital, took them for interrogation and subsequently beat them. As of 11 July, 2022, the Coalition Against Torture, a Kazakhstani non-governmental organisation, received 172 reports of torture and other ill-treatment, including cases of rape and other sexual violence, in some cases against children.

The General Prosecutor’s Office said 149 of those who died were ‘engaged in attacks on government buildings’ while 20 ‘accidentally came under fire’.

According to official figures, six people detained in connection with the January events died in pretrial detention centers. According to the Kazakhstan International Bureau for Human Rights and Rule of Law, 234 criminal cases have been initiated on allegations of torture, with only 134 criminal cases remaining open as of 12 July 2022. Only 20 law enforcement officers are being investigated, only eight of these have been detained and no law enforcement officer has yet stood trial. In many torture cases, even where a victim has identified an alleged perpetrator, the authorities have not designated them as suspects.

The Kazakhstani authorities have not provided any information on ongoing criminal investigations of the excessive use of force by law enforcement officers that led to civilian deaths, referring to the ‘prohibition of disclosure of pre-trial investigation data’ under article 201 of Kazakhstan’s Code of Criminal Procedure. Even lawyers working on the cases receive only generic, inaccurate, or incomplete answers in response to their requests. Family members have not been given adequate information and there are concerning reports indicating that victims have been pressured to state that they were not subjected to torture. According to credible reports, in some cases detainees are under pressure to admit guilt and withdraw their complaints about torture in exchange for not being sentenced to imprisonment or facing lesser punishment.

In contrast, reports show that criminal cases have been opened against some of those who died or were victims of torture, under article 272 of the Criminal Code, for their alleged participation in ‘mass riots’.

The Need for an Independent Hybrid Investigation

After six months of limited and mostly nominal investigations with serious concerns related to their effectiveness, access to information and a lack of independence, there is mounting concern that there will be no accountability. Civil society therefore calls on the Kazakhstani authorities to take swift steps to redress these failings and ensure independent investigations which should guarantee:

Kazakhstan’s international partners, including the European Union, EU member states, the UK, the US and Canada should reinforce the call for an independent investigation and provide the necessary pressure and support to ensure concrete and timely steps are taken by the government of Kazakhstan. Kazakhstan’s partners should make clear that the government should conduct such an investigation in line with its obligations under international law, and that doing so will be important for future engagement based on shared commitments to human rights.

There are many challenges facing Kazakhstan and its international partners, including the ramifications of the war in Ukraine and difficult economic conditions. However, also in this context, given the gravity of the human rights violations that occurred during the January events, it is vital that Kazakhstan focusses on providing accountability – for the sake of those who died and were injured, or were tortured, and for future generations – to help ensure that such events are not repeated.

[2] Key international standards under the International Covenant on Civil and Political Rights, Basic Principles on the Use of Force and Firearms by Law Enforcement Officials and UN Principles for the Proper Management of Assemblies.