Today International Partnership for Human Rights (IPHR, Belgium released preliminary findings of a joint investigation into the heavy-handed government response to peaceful protests across Belarus in February-March 2017. The briefing paper, which has been prepared together with Truth Hounds (Georgia/Ukraine) and is issued in the framework of the Civic Solidarity Platform (CSP), concludes with recommendations to the Belarusian authorities and international policy makers. 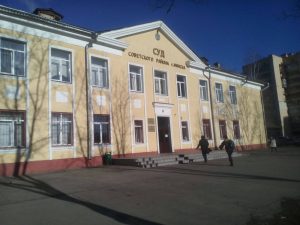 The 10-page briefing paper, The cost of speaking out: Human rights violations committed by the Belarusian authorities during the peaceful protests in February-March 2017 is based on a fact-finding mission carried out by IPHR, Crimea-SOS and Truth Hounds in March 2017 and draws heavily on the Belarusian NGO Viasna’s ongoing monitoring and documentation of the protests and detentions. All the organizations involved are members of the CSP.The Belarusian authorities attempted to stifle protests in over a dozen cities across the country by arbitrarily detaining at least 941 people, whose names are known to the organizations issuing the briefing paper. While the majority were released without charge, hundreds of protesters, opposition leaders and activists,  human rights defenders, journalists and photographers were sentenced to administrative arrest of up to 15 days. There are credible allegations that police used  excessive force and ill-treatment during the detention of peaceful demonstrators and observers.

The organizations jointly issuing the briefing paper deplore  that no steps have been taken to address and remedy the arbitrary detentions of over 900 peaceful demonstrators and observers and that no effective investigations have been carried out  into the allegations of police abuse. The organizations call on the Belarusian authorities to ensure that peaceful protests can be held in Belarus without interference and urge the European Union to make further political and economic engagement with the authorities in Belarus dependent on the government demonstrating its clear commitment and intention to fulfill its obligations to guarantee universal freedoms to its citizens.

The briefing paper can be downloaded here.

A more-detailed, comprehensive mission report is planned to be released at the end of May 2017.