Home Reports & Briefing Papers Freedom of association: A downward spiral – An update on developments in... 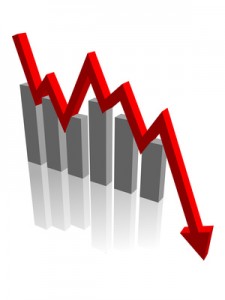 Last December participants of the Civil Society Parallel Conference issued recommendations to OSCE participating states, political bodies and institutions prior to the OSCE Ministerial Council Meeting in Basel, on the need to take decisive steps to protect fundamental rights covered by the OSCE commitments, including freedom of association. However, since then the climate in which NGOs operate across the former Soviet Union region (FSU) has become even more hostile and insecure.

The Russian government’s approach towards NGOs, in particular the so-called “Foreign Agents Law“, has been an unfortunate source of “inspiration” for governments and lawmakers in the region, who have been quick to share the “worst practices” with each other. States have run smear campaigns to discredit NGOs, calling them “traitors” and the “fifth column” and have further limited the space for civil society in laws and practices. NGOs face increasingly restrictive administrative requirements, problematic registration procedures, and their access to resources and funding is further restricted. This is the case not only for human rights organisations but also those working in such fields as election-monitoring, fighting corruption, protecting the environment, conducting social research, and others.

Bans on the activity of unregistered or informal associations, which exist increasingly in OSCE participating States, contradict international standards on freedom of association and essentially outlaw the activities of volunteer groups and organisations who have lost their registration or been unable to register as a result of decisions by the authorities. Criminal liability for activities on behalf of unregistered associations in several countries increases the risk of prosecution for civil society activists.

In a number of countries civic activists are arrested, charged and convicted under dubious or fabricated charges and others are forced to flee the country for fear of persecution.

A document produced by International Partnership for Human Rights on the basis of contributions from members of the Civic Solidarity Platform provides an overview of some of the most significant developments in relation to freedom of association and the situation on human rights defenders in the countries of the FSU region since the OSCE Ministerial Council meeting in Basel in December 2014. It has been prepared for distribution at the OSCE Supplementary Human Dimension Meeting on Freedoms of Peaceful Assembly and Association on 16-17 April 2015.

The overview is available here.