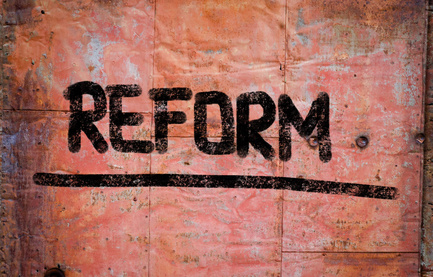 International Partnership for Human Rights (IPHR) has joined 17 other NGOs in welcoming the decision by the Board of the Extractive Industries Transparency Initiative (EITI) not to restore Azerbaijan’s status in the Initiative. While this decision is good news, it falls short of a full suspension of Azerbaijan, which our NGOs had called for in view of the severe crackdown on civil society in this country. We are concerned that it will enable Azerbaijan’s government to continue its harassment of government critics while whitewashing its image to secure lucrative foreign investment. We now call on the EITI to closely monitor the steps taken by Azerbaijan to implement the corrective actions set out by the Initiative and to fully suspend it if it fails to adopt significant reforms to improve the civil society environment in the country.

The full response is available below.

We, the undersigned organisations, welcome the decision by the Board of the Extractive Industries Transparency Initiative (EITI) not to restore Azerbaijan’s status in the Initiative. At the same time, we are concerned that the decision not to suspend Azerbaijan outright fails to recognise the severity of the crackdown against civil society in the country, enabling Azerbaijan to continue its harassment of all government critics while whitewashing its image to secure lucrative foreign investment.

The Board set Azerbaijan a four-month deadline to reform restrictive legislation that paralyses the operations of civil society in the country.  Failure to comply with the corrective actions set out by the EITI Board will lead to the country’s suspension from the organisation.

We call upon the EITI to maintain its firm commitment to civil society by closely monitoring the steps taken by Azerbaijan to implement the corrective action plan and, in the event of Azerbaijan’s failure to uphold its obligations, fully suspending Azerbaijan from the Initiative.

On 26 October, the EITI Board decided that Azerbaijan had not made “satisfactory progress” in restoring an enabling environment for civil society, and consequently refused to restore its status in the Initiative. The Board rightfully noted that “civil society lacks sufficient space to operate freely”. Indeed, stringent legislation governing the operation of non-governmental organisations, criminal proceedings against numerous NGOs, and intimidation tactics targeting critical voices, make it excessively difficult for civil society to operate in the country.

On 20 October, the undersigned organisations sent a letter[i] to the EITI Board in which we  called for the immediate suspension of Azerbaijan from the Initiative, in light of the Azerbaijani government’s relentless repression of civil society. Although the decision urging Azerbaijan to undertake structural reform is a positive step, the four-month deadline given by the EITI Board to remedy issues afflicting civil society is unlikely to compel Azerbaijan to renounce its repressive practices and instead rewards the government for superficial reforms made during the past few months.

Azerbaijan narrowly avoided suspension through a series of a last moment improvements aimed at appeasing the EITI Board, including unfreezing bank accounts, lifting travel restrictions and dropping criminal proceedings against members of the Azerbaijan EITI Coalition. However, these changes should not be regarded as a meaningful sign of progress with respect to the overall situation for civil society in Azerbaijan. Numerous other NGOs and their leaders continue to face criminal charges and restrictions on their ability to operate, and several civil society representatives remain in jail on trumped up charges. Indeed, on the day of the EITI decision, a Baku court sentenced a 22-year-old pro-democracy activist Giyas Ibrahimov to 10 years in jail on false narcotics charges, further to his involvement in an act of political graffiti.

In addition, a recent Presidential decree allegedly aimed at facilitating grants by foreign donors has been dismissed by experts[ii] as a mere cosmetic reform.

In April 2015, during the height of governmental persecution of civil society in Azerbaijan, the EITI downgraded Azerbaijan’s status, outlining a corrective action plan that Azerbaijan was meant to implement in order to reinstate its position within the Initiative. Over the 18 months since the last EITI Board decision on Azerbaijan, the government has had ample opportunities to amend restrictive legislation and create an enabling environment for civil society in the country.  The Azerbaijani government’s total disregard of the recommendations and its failure to undertake the required reforms in due time is a clear sign that it perceives a free and independent civil society as a threat to its interests.

EITI status is extremely important to Azerbaijan, enabling access critical foreign investment. The EITI must not reward Azerbaijan’s attempt to whitewash its human rights record, and must use its influence to continue to push for meaningful reform.