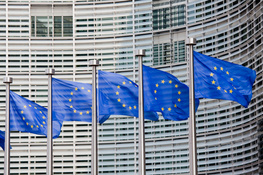 This week, on 12 November 2014, a new round of the annual EU-Kazakhstan Human Rights Dialogue is scheduled to take place in Brussels. International Partnership for Human Rights (IPHR) and Kazakhstan International Bureau for Human Rights and Rule of Law (KIBHR) call on the EU to use this meeting to convey concerns about the lack of progress on key human rights issues in Kazakhstan since the last dialogue a year ago. The EU should also ensure that such concerns are reflected in its ongoing engagement with Kazakhstan’s government, especially at this time when it is seeking to deepen its relations with the country.

In a briefing note prepared for the upcoming dialogue, the two organizations outline the following human rights issues they believe the EU should raise with Kazakhstan’s government:

The EU should request the authorities of Kazakhstan to take concrete steps to address these issues, including by implementing the many, relevant recommendations it received by EU and other states during the recent UN Universal Periodic Review of the country. In addition to communicating this message at the Human Rights Dialogue, the EU should follow up on it as part of its broader engagement with Kazakhstan’s government, in line with the EU’s commitment to promote human rights in all relations with third countries and to link human rights to other policy areas such as trade. The use of such a comprehensive approach was a major recommendation in a recent European Parliament commissioned study of the EU’s human rights policies in Central Asia.

It is particularly important that the EU enforces its value agenda and insists that Kazakhstan’s government improves its human rights record in the context of enhancing EU-Kazakhstan relations. Last month negotiations were concluded on a new EU-Kazakhstan Partnership and Cooperation Agreement (PCA), which is intended to replace one in force since 1999 and to “significantly deepen political and economic ties” between the two parties. Before the treaty can enter into force, it has to be ratified by the EU member states and the European Parliament. The European Parliament has taken the position that the process of concluding the new PCA should depend on political and human rights progress in Kazakhstan, and the EU’s Foreign Affairs High Representative has also stated that strengthening relations with Kazakhstan “cannot occur independently” from the political reform progress in this country. As shown by the IPHR-KIBHR briefing note and earlier reports by these and other NGOs, the human rights situation in Kazakhstan remains highly problematic and has in many respects deteriorated further since the PCA negotiations began in 2011.