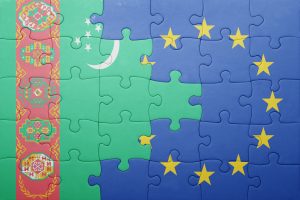 The EU will hold its annual Human Rights Dialogue with Turkmenistan on 6 July 2021 to discuss the protection of human rights in Turkmenistan. Ahead of this meeting, International Partnership for Human Rights (IPHR) and Turkmen Initiative for Human Rights (TIHR) have submitted briefing information to the EU, detailing current key human rights issues and cases that we would like the EU to raise with Turkmenistan’s government. In particular, we urged the EU raise concerns about the government’s widening crackdown on dissent, during which it has stepped up pressure on outspoken activists in-and outside the country, as well as their relatives. This development has come after growing criticism of the government on social media and the emergence of an exile-based protest movement against the government’s repressive policies, including its persistent denial of the national COVID-19 outbreak, its failure to alleviate the hardships caused by the protracted economic crisis in the country and its systematic violations of the fundamental rights of citizens. For more information on this issue, see the following recent IPHR-TIHR report.

The EU has been holding human rights-focused dialogues with Turkmenistan since 2008, featuring discussions between high-level EU officials and representatives of Turkmenistan’s government. This year’s dialogue will be the thirteenth one; the last one took place in June 2020.