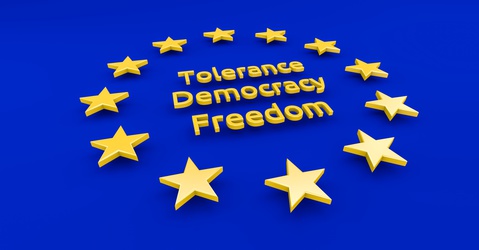 International Partnership for Human Rights (IPHR) has joined over 240 other civil society organizations and trade unions in signing an appeal to European leaders calling for  a just, sustainable, democratic and inclusive Europe. On the 60th anniversary of the Treaty of Rome, the signatories to reaffirm their belief in European integration and urge EU institutions, EU heads of states and EU governments to show leadership, vision and courage to set Europe on the path to a sustainable future which realizes the rights of all people and respects planetary boundaries.

“In the face of a world that is changing faster than ever before, European unity and solidarity are just as important now as they were 60 years ago. Solidarity brought us together and solidarity is the only way forward.  None of the current challenges can be solved by one nation or one group of people alone.

However, there is an urgent need for the European Union and its institutions to reconnect with the realities, dreams and hopes of its citizens if the long-term relevance and survival of our Union are to be secured. Now is the time to rethink the direction in which we are travelling, build on our achievements and lay the foundations for the next 60 years of European integration.

We expect you, as the leaders of Europe, to do just that: to have the courage and the vision to lead the transition to a just, sustainable, democratic and inclusive Europe. We expect you to listen to the people of Europe and to use the occasion of the Rome Summit to make a strong, joint commitment to a better, more sustainable future.”