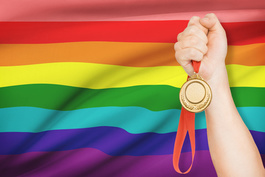 International Partnership for Human Rights and Kazakhstan International Bureau for Human Rights and Rule of Law have sent a letter to the President and Members of the International Olympic Committee in view of Kazakhstan’s bid to hold the 2022 Winter Olympics in Almaty. The two organizations urge the Committee to speak out against draft legislation that risks banning public expression related to so-called non-traditional sexual relations in Kazakhstan. They also urge the Committee to call for concrete measures to promote space for free expression and LGBTI tolerance in the country, in line with the declared commitment of its authorities to uphold Olympic values, including the principle of non-discrimination. As part of its current reform agenda, the International Olympic Committee has added mentioning of sexual orientation to the non-discrimination clause of the Olympic Charter and incorporated a reference to this clause in the draft host agreements for 2022.

The host city for the 2022 Winter Olympics will be selected in the summer of 2015. The cities of Almaty and Beijing are the only contenders.

The letter to the Olympic Committee is available below and can be downloaded here.

Update: In late May 2015, it was announced that the Constitutional Council of Kazakhstan had found the draft legislation address in this letter unconstitutional, concluding that it was not sufficiently clearly worded. This was a welcome decision, which hopefully will ensure that there will be no further attempts to adopt similar problematic provisions on LGBTI expression. Other concerns outlined in the letter remain.

Dear President Bach and Members of the International Olympic Committee,

We are writing to you on behalf of International Partnership for Human Rights and Kazakhstan International Bureau for Human Rights and Rule of Law[1] to urge you to give due attention to issues concerning the respect for universal human rights standards and fundamental Olympic principles when considering Kazakhstan’s bid to hold the 2022 Winter Olympics in Almaty. We urge you, in particular, to insist on compliance with the principle of non-discrimination that Olympic host countries are required to uphold and to speak out against draft legislation that risks banning public expression related to so-called non-traditional sexual relations in Kazakhstan.

A draft law on “protecting children from information harmful to their health and development”, as well as corresponding amendments to other laws have been adopted by both houses of the parliament and are now pending signature by the president of the country. This draft legislation, which imposes restrictions on media content available to minors and requires various categories of information to be marked as inappropriate for certain age-groups, contains provisions targeted at information on LGBTI relations. While we have not been able to obtain the version of the draft law adopted by the Senate, the most recent version publicly available indicates that the draft law contains a provision according to which content deemed harmful to children includes information “propagating non-traditional sexual orientation”.[2] When presenting the draft law to the Senate, a ruling party deputy who is an initiator of the bill also stated that it is aimed at banning the distribution of content on ”non-traditional sexual relations”, along with content on violence, cruelty, pornography and the like.[3] Failure to comply with the requirements set out in the draft law regarding the distribution of information among minors may result in sanctions.

While welcoming efforts to enhance the rights of children, we are seriously concerned that the above-mentioned provision – if passed into law – could be used to prohibit and obstruct the dissemination of information, awareness-raising, advocacy and open debate on issues concerning sexual orientation and identity, as well as the rights of sexual minorities in Kazakhstan. Rather than protecting children, this would infringe the rights of both minors and adults to freely seek, access and impart information on such issues and reinforce intolerance and discrimination against LGBTI community members, including LGBTI families and children.

LGBTI community members already face widespread intolerance and discrimination in Kazakhstan, including by authorities. Hostile rhetoric against LGBTI members is also often used in public debate, where LGBTI relations are frequently referred to as e.g. “unnatural” and “indecent”, and both lawmakers and other actors such as the youth movement Bolashak have previously campaigned for anti-LGBTI legislation. In a case that reflected entrenched negative attitudes, the Almaty mayor’s office took an advertising agency to court last year over a poster showing Russian writer Alexander Pushkin and Kazakh composer Kurmangazy Sagyrbayuly kissing, arguing that it constituted “unethical advertising“. The agency and its director were fined and were also separately convicted of defamation because of the poster and ordered to pay moral damages to an amount of about 150 000 EUR.

International human rights bodies have repeatedly condemned legislation banning “propaganda of non-traditional sexual relations”, which has been initiated in a number of post-Soviet countries in the recent period. For example, the UN Human Rights Committee has concluded that legislation in force in Russia that bans such “propaganda” among minors violates the rights to freedom of expression and non-discrimination[4] and exacerbates negative stereotypes against LGBTI individuals[5]. The UN Committee on the Rights of the Child has also called for repealing the Russian legislation, saying it encourages stigmatization and discrimination against LGBTI persons and families.[6] A group of individual UN human rights experts have warned that similar draft legislation under consideration in Kyrgyzstan, if adopted, would run afoul of international human rights standards and de facto silence any discussion on the situation of the LGBTI community in this country.[7] As emphasized by both the UN Rapporteur on the right to health and the UN Committee on the Rights of the Child, unhindered access to information on sexual and reproductive rights issues is a key element of the full enjoyment of the right to health.[8]

The Kazakhstani draft legislation on protecting children from harmful information, which also contains a requirement for “online outlets” to register with the government and other vaguely worded provisions that are open to interpretation, comes on the heels of widening attempts by the authorities of the country to rein in free speech. This has resulted in that there is currently very limited space for expressing alternative views in the country, as noted with concern by international human rights experts.[9] Outspoken media outlets have been closed down on questionable grounds, critical websites arbitrarily blocked, critics of the regime imprisoned, and peaceful assemblies banned and participants in unauthorized protests detained and penalized. NGOs working on human rights and other issues that are inconvenient to the authorities have also been subjected to growing pressure.[10]

The proposed ban on “propagating non-traditional sexual orientation”, as well as other measures that undermine free speech and debate in Kazakhstan are highly worrisome in light of Kazakhstan’s international human rights obligations, as well as its commitments as an Olympic candidate country. We recall that the fundamental principles laid down in the Olympic Charter safeguard respect for universal ethical values, preservation of human dignity and non-discrimination, including discrimination on the grounds of sexual orientation as confirmed by the reform Olympic Agenda 2020 adopted by the International Olympic Committee in December 2014. We also recall that the draft host city agreement for 2022 now entails an express reference to the principle of non-discrimination, as well as the requirement to respect international standards.

In view of this, we urge you to call on the president of Kazakhstan to refrain from endorsing the draft legislation on protecting children from harmful information and to ensure that its provisions are carefully reviewed and revised so as not to lend themselves to implementation infringing the right to freedom of expression, non-discrimination or other fundamental rights. We also urge you to call on the authorities of Kazakhstan to deliver on their declared commitment to the Olympic values and the Olympic reform agenda by taking prompt and concrete measures to promote a climate in which alternative views can be freely expressed, as well as to foster tolerance of LGBTI members.

We thank you for your attention to issues raised in this letter and would be happy to provide additional information, if requested.

[1] More information about our organizations is available at iphronline.org and bureau.kz, respectively.
[2] The draft law and approved amendments to it are available (in Russian and Kazakh) at: http://online.zakon.kz/Document/?doc_id=31249501
[3] See for example, “Kazakh Senate passes anti-gay draft law”, 23 February 2015, at: http://en.tengrinews.kz/laws_initiatives/Kazakh-Senate-passes-anti-gay-draft-law-259122/ [4] Views adopted by the Human Rights Committee on Communication No. 1932/2010, Fedotova vs. the Russian Federation, November 2012.
[5] Concluding Observations of the Human Rights Committee on the seventh periodic report of the Russian Federation, March 2015, at: http://tbinternet.ohchr.org/_layouts/treatybodyexternal/Download.aspx?symbolno=CCPR%2fC%2fRUS%2fCO%2f7&Lang=en
[6] Concluding Observations of the Committee on the Rights of the Child on the combined fourth and fifth periodic report of the Russian Federation, January 2015, at: http://tbinternet.ohchr.org/_layouts/treatybodyexternal/Download.aspx?symbolno=CRC%2fC%2fRUS%2fCO%2f4-5&Lang=en
[7] “Kyrgyzstan: ‘Don’t condemn LGBT people to silence’ – UN rights experts urge Parliament to withdraw anti-gay bill”, 26 November 2014, at: http://www.ohchr.org/EN/NewsEvents/Pages/DisplayNews.aspx?NewsID=15349&LangID=E#sthash.Pgagcx33.dpuf
[8] See the previous footnote and General Comment No. 14 (2013) of the UN Committee on the Rights of the Child (par. 78), at: http://tbinternet.ohchr.org/_layouts/treatybodyexternal/Download.aspx?symbolno=CRC%2fC%2fGC%2f14_&Lang=en
[9] See statement by the UN Special Rapporteur on the rights to freedom of peaceful assembly and of association at the conclusion of his visit to Kazakhstan in January 2015, http://www.ohchr.org/EN/NewsEvents/Pages/DisplayNews.aspx?NewsID=15517&LangID=E
[10] More information on these issues can be found in recent updates on human rights developments in Kazakhstan and other Central Asian countries issued by Kazakhstan International Bureau for Human Rights and Rule Law, International Partnership for Human Rights and partners in January 2015, October 2014 and July 2014. The updates are available at: https://www.iphronline.org/central-asia-montoring-report-january-2015.html