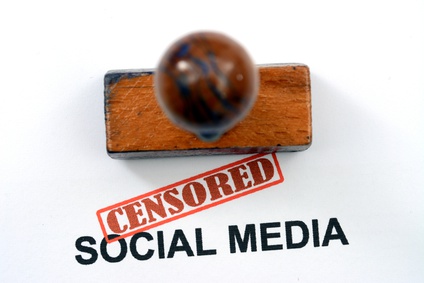 Activists Ermek Narymbaev, Serikzhan Mambetalin and Bolatbek Blyalov are currently on trial in Kazakhstan for allegedly “inciting discord” through social media posts. International Partnership for Human Rights and Kazakhstan International Bureau for Human Rights and Rule of Law are seriously concerned that the vague “incitement” charges are being used to target the activists for criticizing and challenging the actions of those in power, an impression that has been further reinforced by the proceedings to date. We urge Kazakhstan’s international partners to call on the Kazakhstani authorities to respect their international obligations with regard to the administration of justice and ensure that the three activists are not convicted for their legitimate exercise of freedom of expression and other fundamental freedoms.

The charges against the three activists have been brought under Criminal Code article 174, which prohibits “deliberate actions aimed at inciting social, national, clan, racial, class, or religious discord”. This provision is so broadly worded that it may be used to restrict freedom of expression, freedom of association and assembly and other rights in ways that are incompatible with international human rights law. It has been repeatedly criticized by human rights defenders for failing to set out a clear and precise definition of prohibited conduct.[i] Among others, the UN Special Rapporteur on freedom of peaceful assembly and of association has also concluded that it is open to “arbitrary interpretation” contradicting Kazakhstan’s obligations under the International Covenant on Civil and Political Rights.[ii]

The trial against Ermek Narymbaev and Serikzhan Mambetalin, who were arrested on charges of “inciting national discord” in October 2015, began at an Almaty district court in December and has continued this month. They are both facing up to ten years in prison under part 2 of Criminal Code article 174, which provides for harsher penalties for actions committed by a “group of people”. The charges against Narymbaev and Mambetalin relate to Facebook posts, where they shared and commented on an excerpt from an online text, which has been attributed to Head of Kazakhstan’s Muslim Union Murat Telibekov, but which he has denied having anything to do with.[iii] When sharing the excerpt, which is supposedly “offensive” to the Kazakh people, Narymbaev and Mambetalin did not endorse it and the latter made negative comments about it. The fact that the two activists have previously advocated for the protection of the Kazakh nation also undermines the credibility of the argument that they would have intentionally “insulted” ethnic Kazakhs.

The real reasons for the charges against Narymbaev and Mambetalin appear to be different. They are both known as vocal opponents of the authorities on Facebook, where they have regularly commented on current developments in the country. Narymbaev is also known as an organizer and participant in peaceful protests against government policies and he has repeatedly been penalized for his involvement in “unauthorized” assemblies. In August last year, he was detained for 20 days simply for announcing plans on Facebook to go to Almaty’s Republic Square to protest the free float of the national currency. Mambetalin is a political activist and previous leader of the Rukhaniyat party.

Bolatbek Blyalov was arrested in November 2015 and the trial against him began at a district court in the capital Astana on 13 January 2015. He is facing charges of “inciting” both “national” and “social discord” under part 2 of Criminal Code article 174, which also foresees up to 10 years in prison if this offense is committed by a “leader of a public association”. The charges against him concern video clips posted on YouTube, in which he is expressing his views on a number of issues, including nationalism and the rights of individuals whose houses are up for demolition.

Also in Blyalov’s case, there are clear indications that he is being prosecuted in retaliation for his civic activities. Blyalov is a lawyer and human rights defender, who heads an NGO called the Democracy and Human Rights Institute. He has provided legal assistance to citizens in cases concerning property confiscations and demolitions and has helped ensure decisions in favour of affected citizens. In addition, he is an active member of the Antiheptyl movement, which campaigns against the launching of Russian space rockets powered by a toxic heptyl fuel from Kazakhstan’s Baikonur Cosmodrome. He has been detained on a number of occasions when participating in peaceful protests.

The current trials are taking place at a time when the Kazakhstani authorities appear to be increasingly intent on reining in criticism and stepping up control over social media – one of the last forums for open debate in the country — given the worsening economic situation and the upcoming parliamentary elections.[iv]

As documented by Kazakhstan International Bureau for Human Rights and Rule of Law, which has closely followed both trials, the proceedings held so far have been characterized by lack of respect for the principle of equality of arms and bias in favour of the prosecution. Many motions filed by the defence have not been appropriately addressed and have been rejected without due consideration or justification. This approach has resulted in serious violations of the right to a fair trial. It has also provided further indication that the trials are, in fact, motivated by the civic and political engagement of the activists and their criticism of authorities.

Excessive security measures have been taken against the defendants, such as through a heavy police presence at the trial against Narymbaev and Mambetalin and holding Blyalov in a barred-in courtroom section. Access to the courtroom for journalists, observers and members of the public has been restricted, with the proceedings being broadcasted on screens outside the courtroom for those not granted access. Moreover, at the Almaty trial, there have been serious concerns about the state of health of especially Narymbaev who has high blood pressure and has suffered several heart attacks. Since the start of the trial, he has had to be taken to hospital on three occasions. However, following emergency treatment, he has been taken back to court, although he at times has had apparent problems to follow the proceedings given his condition. It is crucial that Narymbaev and the other defendants are promptly granted any medical assistance they require and not made to participate in court hearings when their health clearly does not allow for this.

The cases against Ermek Narymbaev, Serikzhan Mambetalin and Bolatbek Blyalov are not the first ones that have been initiated against critical voices in Kazakhstan on charges of “inciting discord” and other vaguely worded offenses, such as “intentionally spreading false information”. In the recent period, there has been a growing number of such cases — targeting activists, bloggers and journalists over, in particular, social media and other online writings.[v] Kazakhstan’s international partners should insist that the Kazakhstani authorities stop misusing criminal law to stifle free speech and ensure that neither Narymbaev, Mambetalin and Blyalov nor any other individuals are locked up for speaking out on issues of public concern in the country.

At the trial against Ermek Narymbaev and Serikzhan Mambetalin, a verdict was handed down in the evening of 22 January 2016. They were sentenced to three and two years in prison, respectively, and prohibited from engaging in public activities for five years. They were convicted under part 1 of Criminal Code article 174 after the prosecutor dropped the accusation that they had “conspired” to commit the alleged offense. In their final words, the two activists insisted that they were not guilty and that the case against them was unfounded and biased.  Narymbaev had to be brought to court on a medical stretcher due to his weak state of health, aggravated by a hunger strike for the last day of the trial.

At the trial against Bolatbek Blyalov, the court announced its ruling already the previous evening. The charges against him were also re-qualified as falling under part 1 of Criminal Code article 174 and he was sentenced to three years of restricted freedom, during which he will be subjected to court-imposed probation with restrictions on his freedom of movement and participation in public activities. However, as a result of this sentence — which followed after he told the court that he “admitted his guilt” and “regretted” his actions, he was released, enabling him to reunite with family, including his three small children whom his wife was left alone to care for when he was detained.

[i] Such criticism was, for example, voiced by KIBHR’s Chair of the Board Yevgeniy Zhovtis and other public figures at a press conference held in Almaty on 19 January 2016. See Привет юридической определенности и соразмерности, 20 January 2016; as well as Kazakhstan: Campaigners Urge Legal Reform To Protect Free Speech, EurasiaNet, 19 January 2016.

[ii] Report of the Special Rapporteur on the rights to freedom of peaceful assembly and of association, Maina Kiai, on his mission to Kazakhstan (19-27 January 2015).

[iii] The excerpt is from an online version of a book that Telibekov tried to publish over 20 years ago, but that was never published at that time. Telibekov has denied having anything to do with the online publication of his book and has said that the excerpt in question was not part of his original document. A separate criminal case on “inciting national discord” was opened against Telibekov last summer, but the case was stalled in October 2015, even if it has not been closed.

[iv] On 13 January 2016, the lower house of the parliament voted in favour of requesting the president to dissolve the chamber to pave the way for early elections.