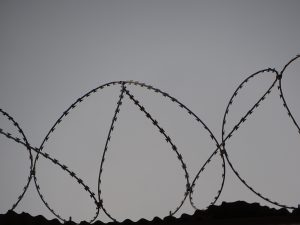 The Kazakhstan International Bureau for Human Rights and the Rule of Law (KIBHR) and International Partnership for Human Rights (IPHR) are seriously concerned about the well-being and security of Beybarys Tolymbekov, a 20-year-old civil society activist who was detained in Almaty on 21 April 2019 for peacefully protesting for fair elections and now is being put under pressure by the authorities to carry out his military service.

Police detained Beybarys and four of his friends on 21 April as they held and filmed a peaceful protest at the start of the Almaty Marathon, holding up a banner saying: “You cannot run away from the truth”, with the hashtags #ForFairElections and #IHaveAChoice, in a play on words designed to attract attention to the upcoming presidential elections.

In addition to being placed behind bars and intimidated for exercising his right to freedom of assembly, Beybarys is now under pressure to promptly carry out his military service.

We are alarmed by the pressure on Beybarys and fear that in the light of his conviction for the 21 April protest and ongoing pressure in retaliation for his civic activism, he would be at real risk of serious harassment and ill-treatment should he begin his military service at the present time.

We urge the Kazakhstani authorities to cease harassing Beybarys, refrain from unduly restricting his and Asya Tulesova’s right to freedom of assembly and other fundamental rights and ensure his security and safety.