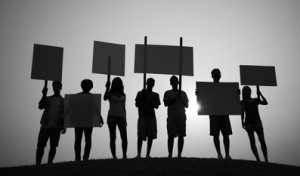 A vaguely worded Kazakhstani draft law on NGOs may seriously restrict the activities and funding of NGOs in this country, in violation of international human rights standards. The draft law, which would introduce amendments to existing laws affecting NGOs, was approved by the lower house of Kazakhstan’s parliament in late September 2015 and in the first reading by the Senate on 8 October 2015.

A joint appeal signed by several dozen Kazakhstani human rights NGOs raises alarm that the draft law on NGOs poses a threat to the country’s independent civil society. Major concerns highlighted in the appeal include:

The signatories to the appeal deplore that suggestions made by independent civil society representatives for how to improve the draft provisions have been largely disregarded. They urge the president to ensure that the draft law is reviewed in terms of its compliance with national and international human rights standards, as well as to veto it if it is adopted by the parliament.

International human rights bodies have also criticized the draft law. This week the Office of the UN High Commissioner for Human Rights warned that the vague wording of the amendments “leaves room for broad interpretation (…), which could result in arbitrary and discriminatory application” and said that the new provisions may have “direct and negative consequences” for the activities and access to funding of NGOs. Following his Kazakhstan mission earlier this year, UN Special Rapporteur on the rights to freedom of peaceful assembly and of association stated that “[s]tate bodies should not be in a position to allocate private, international or foreign funds to public associations” and called on the authorities to limit the proposed new grant mechanism to state funds only.

Aside from the problematic draft NGO law under consideration, other developments have also reinforced concerns about growing pressure on independent civil society voices in Kazakhstan. In a statement issued on 2 October 2015, Kazakhstan International Bureau for Human Rights and the Rule of Law (KIBHR) – a prominent Kazakhstani human rights NGO and an IPHR partner — highlights a series of recent worrying incidents targeting civil society representatives, media and online platforms. KIBHR considers these to reflect increasing efforts by the Kazakhstani authorities to rein in criticism and expressions of discontent against the backdrop of the deteriorating economic situation in the country.

International Partnership for Human Rights shares the concerns of KIBHR and other Kazakhstani NGOs and call on the authorities of Kazakhstan to:

See also: Statement on the draft NGO law by Yevgeniy Zhovtis, Chair of the Board and Expert Consultant of KIBHR

Other recent publications on the situation of civil society in Kazakhstan and other Central Asian countries: