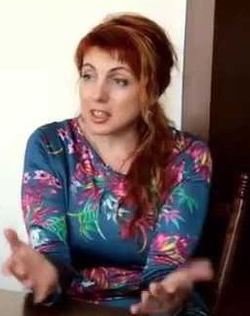 We are writing to you on behalf of a number of human rights organizations regarding a recent case of intimidation, pressure and obstruction of the work of lawyer Snezhanna Kim, a member of the Kostanay regional bar and a long-time partner of Kazakhstan International Bureau for Human Rights and Rule of Law (KIBHR). We call on you to take adequate measures within your powers in response to the reported violations of the rights of the lawyer.

The incident in question took place around 10 am on 24 July 2015, when lawyer Snezhanna Kim was having a meeting with a client in detention facility no. 161/1 in the city of Kostanay, which is managed by the administration of the penitentiary system of the Kostanay region.

We are seriously concerned that the actions taken by the officers of the detention facility during the incident described above infringed fundamental rights and principles protected by international and national law. The principle of confidentiality of lawyer-client communications and the right of lawyers to carry out their work without intimidation, hindrance, harassment or undue interference are safeguarded by the International Covenant on Civil and Political Rights (ICCPR, article 14[i]), as well as the UN Basic Principles on the Role of Lawyers (articles 16 and 22). Kazakhstan’s Law on Lawyers’ Activities also protects the confidentiality of the lawyer-client relationship and prohibits inferring in and obstructing the lawful activities of lawyers (articles 15.1.4, 17.1, 17.4 and 17.10). Moreover, the right to liberty and security of person is a key right safeguarded by Kazakhstan’s Constitution (article 16) and international human rights law, in particular the ICCPR (article 9). ICCPR article 9 sets out that no one shall “be subjected to arbitrary arrest or detention” or “be deprived of his liberty except on such grounds and in accordance with such procedure as are established by law”. The UN Human Rights Committee has emphasized that arrest “need not involve a formal arrest as defined under domestic law” but refers to “any apprehension of a person that commences a deprivation of liberty”.[ii]

We welcome the attention of your office to this case. We urge you to take control over the investigation into the incident of 24 July 2015, ensuring that it is promptly, impartially, and thoroughly investigated and that the officers responsible for intimidating the lawyer, interfering with the lawyer’s confidential communication with her client and unlawfully depriving her of liberty are held accountable and appropriately sanctioned in accordance with applicable national legislation. We also call on you to use your powers to ensure that Snezhanna Kim and other lawyers are able to freely carry out their professional activities, including by visiting clients held in places of detention without hindrance and communicating with them based on full respect for the confidentiality of the lawyer-client relationship and without pressure of any kind.

We trust that your office will take necessary measures to address the concerns outlined above and would be grateful to receive information on any further steps taken, at the following address: KIBHR, 8th Mikrorayon 4a, office 423, 050035 Almaty.