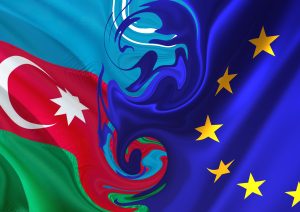 The annual EU-Azerbaijan Human Rights Dialogue will take place in Brussels on 5 March 2020. On the eve of this event, International Partnership for Human Rights (IPHR), the European Human Rights Advocacy Centre (EHRAC) and the Human Rights Club (HRC) urge the EU to request the Azerbaijani authorities to take concrete measures to reverse the erosion of human rights protections witnessed in the country, and to deliver genuine reforms. The organizations prepared a briefing paper ahead of this dialogue.

The eighth round of the EU-Azerbaijan Human Rights Dialogue comes as the two sides near the end of the negotiations of a new, bilateral cooperation agreement, and as the EU prepares for the June 2020 summit of the Eastern Partnership. In this context, it is essential that the EU establishes clear benchmarks for the improvement of the human rights situation in Azerbaijan, and that it uses these benchmarks consistently in its bilateral relations with the government.

The protection of the freedoms of expression, association and assembly remain under serious threat in Azerbaijan, and the persecution of voices critical of the government continues. While independent and opposition media have been forced into exile, numerous independent media websites have been blocked on the basis of legislation that grants the government and domestic courts broad powers to restrict access to internet resources that post information allegedly jeopardizing national security. Both the legislation and its implementation in practice remains problematic in the areas of freedom of association and assembly. The crackdown on the independent legal profession also continues, with lawyers who courageously take on politically-sensitive cases and defend the victims of serious human rights violations continuously being targeted. It is particularly alarming that human rights lawyers are subjected to disciplinary sanctions, including disbarment for speaking out about violations in their clients’ cases. The Azerbaijani authorities have also failed to meet their international human rights obligations with respect to the implementation of judgments of the European Court of Human Rights (ECtHR).

These issues are discussed in detail in a briefing paper prepared by IPHR, the EHRAC and the HRC ahead of the EU-Azerbaijan Human Rights Dialogue. The briefing paper also provides recommendations to the EU to raise with the Azerbaijani authorities. In particular, the EU should insist that the authorities, as a condition for the further development and strengthening of EU-Azerbaijan relations:

The IPHR-EHRAC-HRC briefing paper can be downloaded here.