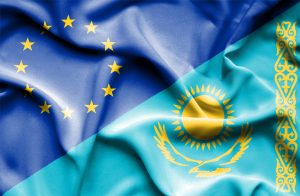 The human rights situation in Kazakhstan remains troubling and there have been no significant improvements since the change of presidency in 2019. It is of serious concern that opposition supporters, members of civil society, and other citizens critical of the authorities have increasingly been persecuted for exercising their right to freedom of expression and other fundamental rights.

The right to freedom of peaceful assembly is still seriously restricted in Kazakhstan, despite the adoption of a new law on assemblies in 2020, which the authorities described as progressive. Since last year, law enforcement authorities have increasingly used the controversial method of kettling to restrain peaceful protesters, in addition to violating their right to protest in other ways.

The authorities continue to use politically-motivated imprisonment as a tool in their campaign against dissent.

These and other concerns and  developments are described in the briefing papers on the protection of fundamental rights and torture and other forms of ill-treatment.