Home 2021 Young woman at risk of torture and abuse after abduction and return... 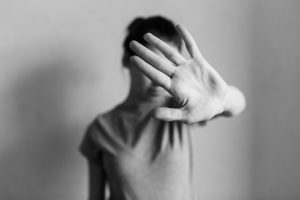 On 10 June 2021, police officers in Dagestan accompanied by Chechen law enforcement officials raided a women’s shelter in Makhachkala in search of Khalimat Taramova, a 22-year-old woman who had fled Chechnya after suffering domestic abuse because of her sexual orientation. It was confirmed on 13 June that she had been subsequently forcibly returned to her family in Grozny, Chechnya.

International Partnership for Human Rights (IPHR) and other members of the Civic Solidarity Platform (CSP), are seriously concerned for Taramova’s safety and well-being and believe she is at imminent risk of violence and abuse by her family members as well as by the Chechen authorities.

We therefore call on the authorities of the Russian Federation to open a prompt and transparent investigation into her abduction, make the conclusions public and bring those responsible to justice.

We also call on them to ensure Taramova’s physical safety as a victim of domestic violence, make public her current state of health and ensure her access to the lawyer of her choice.

The international community should continue to put pressure on Russia to end domestic violence and abuse against LGBT+ persons.