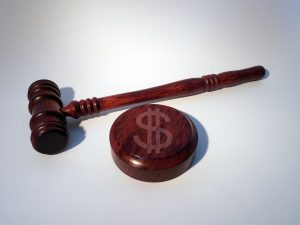 International Partnership for Human Rights (IPHR) and the Coalition against Torture in Kyrgyzstan – a network of human rights organisations – regret the adoption of legislation introducing new unjustified, burdensome and discriminatory financial reporting obligations for Kyrgyzstani NGOs. We call on the country’s authorities to reconsider this legislation and ensure that its application does not impair the operating ability of NGOs or result in growing pressure on organisations who promote human rights, the rule of law and democratic governance.

Kyrgyzstan’s President Sadyr Japarov signed into law amendments to the country’s Law on Non-Commercial Organisations and the Law on State Registration of Legal Entities on 26 June 2021. Parliament passed this legislation on third reading on 17 June 2021 after its consideration was stalled for almost a year. The amendments were first initiated by a Member of Parliament in December 2019. Although the new legislation directly affects civil society organisations, its adoption was not preceded by any broad or inclusive consultation process with NGOs. Due to Covid-19 related restrictions, only selected NGOs were invited to a parliamentary committee hearing on the draft law held in May 2020.

The new legislation requires NGOs, which carry out their work on the basis of grants and donations, to annually prepare and submit a report about their sources of funding, the expenditure of these funds, and their acquisition and use of property for publication on the website of the state tax service. The form and procedure for providing this information will be determined by the government, which leaves it unclear exactly how the new reporting scheme will be implemented in practice, thus creating a high level of uncertainty for NGOs. The amendments also stress the obligation of NGOs to provide information about their income and assets within the framework of existing reporting procedures, and state that this information cannot be confidential. The failure of NGOs to comply with their reporting obligations may result in penalties, including the closure of organisations. Under the new provisions, the tax service may turn to court to request the compulsory liquidation of NGOs, which fail to submit the required reports to the service within one year.

The new reporting obligations have been justified with the need to ensure transparency of NGOs. This is an important objective, but it is already met under pre-existing legislation, which requires NGOs to regularly provide detailed information about their activities and finances to the tax service, statistical authorities and other state bodies. National legislation also grants authorities additional powers to oversee the work of NGOs, such as through tax audits. At the same time, the new obligations are likely to considerably increase the reporting burden of NGOs, to the detriment of especially small organisations with limited staff and resources. Thus, the new legislation may jeopardise the operations of NGOs at a time when the work of such organisations is more important than ever given the serious challenges that the country is facing, including those related to the fallout of the Covid-19 pandemic.

We are also concerned that the implementation of the new legislation might result in growing pressure on NGOs who challenge public policies and seek accountability for corruption and human rights violations, including violations of the rights of women, ethnic minorities, LGBT, detainees and other vulnerable groups. These concerns are reinforced by the fact that proponents of the law have used stigmatising and discrediting language against NGOs, accusing them of ‘’serving Western interests’’, undermining so-called traditional values and threatening national security because of their efforts to defend fundamental rights and freedoms. The adoption of the new law also comes against the background of a worsening free speech climate in Kyrgyzstan and increasing threats and harassment against civil society activists and journalists critical of the controversial new constitution and other initiatives of the current authorities.

It is of further concern that the publication of information about the grants received and spent by NGOs on a government website might draw undesirable attention to organisations working on issues such as anti-corruption, gender equality and minority protection and expose them to a heightened risk of attacks by non-state actors. This risk is real since civil society activists advocating on these issues are already regularly targeted by aggressively behaving social media activists and members of nationalist movements.

Under international human rights law, the Kyrgyzstani authorities have an obligation to protect the right to freedom of association and ensure that any restrictions on this right meet strict requirements of necessity, legality and proportionality. As emphasised by the UN Special Rapporteur on the rights to freedom of peaceful assembly and of association, states should create an enabling environment for civil society organisations and avoid measures that disproportionately target or burden them, such as by imposing onerous requirements not applied to for-profit entities. States should also ensure that civil society organisations are able to carry out their activities without unwarranted state interference into their activities, as well as without fear of intimidation and harassment. If an association fails to comply with its reporting obligations, such a minor violation of the law should not lead to the closure of the organisation.

In a letter addressed to Kyrgyzstan’s government in March 2020, the Special Rapporteur on the rights to freedom of peaceful assembly and of association and the Special Rapporteur on the situation of human rights defenders concluded that the new draft NGO legislation ‘’would unnecessarily and disproportionally restrict’’ the right to freedom of association, as provided by Article 22 of the International Covenant of Civil and Political Rights (ICCPR), to which Kyrgyzstan acceded in 1994. They called on the government to review the draft law vis à vis the country’s international human rights obligations and to open ‘’a fully participatory and inclusive consultation process’’, providing ‘’sufficient opportunity for meaningful dialogue among all those concerned’’.

Although the new legislation now has been adopted, the recommendations of the UN experts are still relevant. The authorities of Kyrgyzstan should comply with these recommendations and refrain from implementing the new legislation in ways that obstruct the important work of civil society organisations and endanger them and their target communities. We welcome that the EU, the United States and other international partners of Kyrgyzstan have voiced concerns about the new legislation and urge them to use their influence to help ensure that the Kyrgyzstani government respects its international obligations on freedom of association and safeguards civil society space.