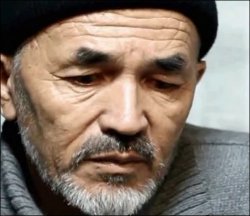 Today’s ruling by Kyrgyzstan’s Supreme Court to send back the case of human rights defender Azimjan Askarov for re-trial, but keep him behind bars is not consistent with key aspects of the UN Human Rights Committee’s decision on his case and risks resulting in that he is again denied justice. As concluded by the Human Rights Committee, Askarov must be promptly released, his conviction cancelled altogether and any new proceedings in his case carried out strictly in accordance with international fair trial standards.

Kyrgyzstan’s Supreme Court reviewed a petition filed by the lawyers of Azimjan Askarov, an ethnic Uzbek human rights activist who has been unjustly serving a life sentence since 2010, in view of a decision announced by the UN Human Rights Committee (HRC) on his case in April 2016. In that decision, the Committee concluded that Askarov had been arbitrarily detained, tortured and denied fair trial rights when he was convicted on multiple charges relating to his alleged involvement in events that resulted in the death of a police officer during the inter-ethnic violence that rocked southern Kyrgyzstan in June 2010. The Committee requested the Kyrgyzstani authorities to provide Askarov with an effective remedy for these human rights violations, including by immediately releasing him; quashing his conviction and, if necessary, conducting a new trial, subject to the principles of fair hearings, presumption of innocence and other procedural safeguards; and granting him adequate compensation.

Following its review, the Supreme Court repealed its own verdict and the verdict of the appeal court in Askarov’s case and ordered a new trial by the Chui Regional Court. However, it did not repeal the initial sentence handed down against Askarov by a local court and it did not release him, contrary to what the HRC had requested. This failure to fully comply with the HRC decision calls into question Kyrgyzstan’s commitment to live up to its international human rights obligations and sets a problematic precedent for other cases. It also means that Askarov will remain in detention after already spending six years behind bars on the basis of an unfair verdict and that he may be further denied justice for the human rights violations the HRC found in his case. By ratifying the Optional Protocol to the International Covenant on Civil and Political Rights, Kyrgyzstan has recognized the HRC’s competence to consider communications from individuals subject to its jurisdiction who allege violations of their rights under the Covenant, and Kyrgyzstan’s Constitution requires national authorities to implement the Committee’s decisions. Measures taken to this end must be aimed at ensuring full compliance with the Committee’s findings.

It is also of serious concern, as reported by those present at the Supreme Court hearing, that relatives of victims of the June 2010 events in which Askarov is accused of being involved shouted slurs and threats at his defence team without sufficient action by court officials to put an end to this. This was a throwback to the hateful atmosphere in which the initial trial against Askarov was conducted and shows the importance of effective measures to protect the safety of Askarov – who was not present at the trial – and those defending him in connection with the new proceedings ordered by the Supreme Court.

Many representatives of civil society, the international community and media attended the hearing to monitor the proceedings. Among these were representatives of the Civic Solidarity Platform (CSP), a network of dozens of human rights NGOs from across Europe, the former Soviet Union and North America, of which International Partnership for Human Rights (IPHR) is a member. This week CSP members also sent an open letter to German Chancellor Angela Merkel, who is scheduled to visit Kyrgyzstan on 13-14 July 2016, urging her to prominently raise Askarov’s case with the Kyrgyzstani authorities and to insist on his release, in accordance with the HRC decision. In a statement issued in response to the Supreme Court decision, the European External Action Service (EEAS) urged the Kyrgyzstani authorities to release Askarov pending the outcome of the new process. Continued attention to Askarov’s case by EU and other international actors is crucial to keeping up the pressure on the Kyrgyzstani authorities to finally grant Askarov justice.

Fergana News report on the Supreme Court hearing, featuring comments by among others Yevgeniy Zhovtis, Chair of the Board of Kazakhstan International Bureau for Human Rights and Rule of Law, who monitored the trial on behalf of the CSP (in Russian)

Statement on the Supreme Court ruling by the Bir Duino Human Rights Movement, another CSP member whose head Tolekan ismailova served as public defender on Askarov’s team (in Russian)

And for more background information, see:

Appeal to the EU: Help ensure that Kyrgyz human rights defender is given fair, impartial and safe trial, August 2010