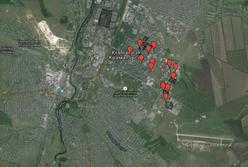 On 10 February 2015, at least nine civilians were killed and another 35 injured in a rocket attack on the city of Kramatorsk, in eastern Ukraine. Eight Ukrainian soldiers were also killed and 29 injured as a result of the shelling of the military headquarters at the airbase near Kramatorsk. Residential buildings, the city hospital and the children’s hospital also came under fire.

The circumstances of this attack and its aftermath were investigated by a special team dispatched by the International Partnership for Human Rights (IPHR) field mission in Ukraine, which has been set up in the framework of the Civic Solidarity Platform to document alleged war crimes perpetrated in the context of the current conflict in Ukraine. Team members interviewed witnesses and victims, gathered evidence and examined the crime scene. The findings of the mission are outlined in this report.