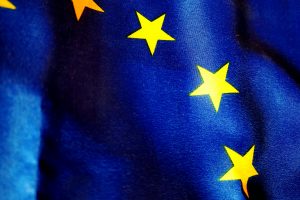 International Partnership for Human Rights (IPHR), Global Witness, Transparency International EU, Open Society European Policy Institute and other organisations welcome adoption of a new sanctions regime by the European Union to target human rights abusers worldwide. However, we urge the EU to adopt a complementary sanctions regime targeting non-EU nationals involved in corruption and align itself with other existing regimes in the US or Canada and in development in the UK.

Today, the European Council announced adoption of the new Global Human Rights Sanctions Regime. The regime tackles crimes against humanity, arbitrary arrests and extrajudicial killings. It also targets those responsible for human trafficking, sexual violence, and abuses of freedom of peaceful assembly, expression, or religion. The regime does not include corruption or corrupt practices linked to the financing of human rights violations as listing criteria.

Members of the European Parliament, together with civil society organisations, have repeatedly called on the EU to consider adoption of a sanctions regime that would target both human rights abusers and corrupt actors. Having both these elements is deemed essential to address the way in which dirty deals and state looting by corrupt actors can lead to conflict and human rights violations. Corruption sustains the financial and political power of kleptocrats and human rights abusers and strips away public funds from the people, crippling systems of accountability and undermining the very principles of democracy.

“While it is a welcome step to see a sanctions regime for human rights abusers, we are disappointed that this regime will not target corrupt actors. We hope the EU will consider following the UK model by committing without delay to adopting a separate sanctions regime which will target corruption worldwide”, said Margot Mollat, campaigner at Global Witness.

The EU is a top destination for suspected corrupt officials and businesspeople around the world seeking to launder money and invest in property, education, or even just to have a European bank account. For instance, Isabel dos Santos, the daughter of the former Angolan President has been widely accused of corruption since thousands of documents about her business affairs leaked. She is now under investigation in Angola for suspected misappropriation of state funds, and had key business dealings and investments in the EU, including in Portugal and the Netherlands. Keeping the door open to potentially corrupt funds could jeopardize the integrity of the EU’s financial system.

“The omission of corruption in the EU’s new sanctions regime risks sending the message that Europe is a safe haven for dirty money. So long as kleptocrats, money laundering networks, and their European enablers can continue to use the European market, they can damage the integrity of the European financial system” said Laure Brillaud, senior policy officer at Transparency International EU.

The case of controversial mining tycoon Dan Gertler, a close friend of ex-President of Democratic Republic of Congo Joseph Kabila, is a powerful example of how the EU has left itself open to the flow of suspect funds as a result of lagging behind sanctions in other jurisdictions. Gertler is subject to sanctions in the US for ‘opaque and corrupt mining and oil deals’ in the DRC. A recent investigation by Global Witness and the Platform to Protect Whistleblowers in Africa revealed how Gertler may have exploited European jurisdictions and the euro currency to evade these US sanctions.

“This new sanctions regime is a great achievement, but the absence of corruption means the EU will lag behind other global partners. As sanctions are most effective when coordinated, it risks making the EU a weak link in the global fight against corruption” said Tinatin Tsertsvadze, Policy Analyst at the Open Society European Policy Institute.

By their very nature, sanctions work best when they are multilateral. Collective action could have a far greater impact, and could be stronger at deterring impunity, corrupt actors and human rights abusers. The EU must ensure it isn’t behind the curve of other jurisdictions and take a robust stance against corruption.