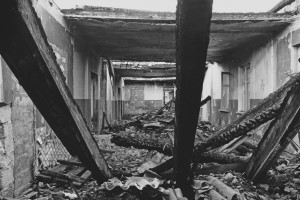 A new comprehensive report published by International Partnership for Human Rights (IPHR) presents compelling evidence of violations of international humanitarian law and international criminal law perpetrated in Eastern Ukraine since March 2014. The report has been prepared in the framework of the Civic Solidarity Platform (CSP), a network of over 60 human rights NGOs from Europe, the former Soviet Union and North America.

The 134-page report, which is entitled “Fighting Impunity in Eastern Ukraine”, is based on information obtained through field research in Eastern Ukraine, as well as desk research using open-source material. This information has been analysed using applicable international law and practice. The report also provides an overview of the context and history of the current conflict in Eastern Ukraine, which to date has resulted in at least some 8000 deaths, countless injuries, widespread destruction and suffering, and the displacement of over 2.5 million civilians.

Based on the evidence compiled, IPHR finds that there is reasonable basis to conclude that war crimes and crimes against humanity have been perpetrated in the context of the conflict in Eastern Ukraine. These crimes include: intentional attacks against civilians and civilian objects; deliberate killing of civilians and non-active combatants; unlawful deprivation of liberty and denial of fair trial rights; torture and other cruel, inhuman and degrading treatment; pillage and appropriation and destruction of property; persecution on politically and religiously motivated grounds; and others. The crimes documented have mainly been perpetrated by separatist forces but also by Ukrainian government forces and pro-Ukrainian paramilitaries.

IPHR believes that it is imperative to conduct full and thorough investigations into all allegations of war crimes and crimes against humanity perpetrated in Eastern Ukraine and to bring those responsible to justice before an independent and impartial tribunal. The new report is aimed at helping to fight impunity for these crimes and to assist the efforts of international and domestic prosecutors, in particular the Office of the Prosecutor of the International Criminal Court (ICC). On 8 September 2015, the Ukrainian government granted the ICC jurisdiction over all international crimes that have taken place on the territory of Ukraine.

The report can be downloaded here.