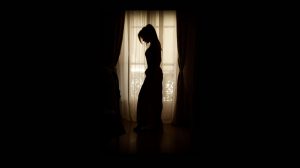 On 12 June 2020 at 5:30 p.m., Madina Umayeva was found dead in her home at 22 Greidernaya Street, Druzhba village, Gudermes, Chechen Republic. She was buried in haste by her husband and his relatives that same night before the cause and circumstances of death could be established.

On the day of her death, Madina Umayeva sent an SMS to her sister from a new telephone number saying that she was “leaving,” and asked her sister not to give her number to her husband or mother-in-law. Shortly before she died, she sent her sister another SMS, with just one letter – “Й” (i). After this the telephone was turned off.

Madina’s cousin, M. Ayubova, told the press that Madina had complained about domestic violence: “She told me  that when her husband beat her, it was as though he became uncontrollable, deranged, like a beast. She said that she couldn’t live with him any longer. She had left him several times but always came back – older relatives intervened, the elders put pressure on her, saying that a woman should be married. And for the sake of the children she came back every time, as the children always stayed with the husband’s family.”

On 22 June 2020, the local authorities invited M. Umayeva’s mother’s relatives, her husband’s family and experts to the mayor’s office of Gudermes for “a talk.” The Head of the Chechen Republic, R.A. Kadyrov, was present during this gathering.

In the video of the “talk”, Kadyrov justifies domestic violence, and says that the deceased “should have held on to her marriage…when a woman is married, there are arguments, and fights, and sometimes her husband beats her.” The Head of the Chechen Republic also addresses the deceased’s mother: “You asked me to help. Now prove to me that she was killed, show me at least one witness.”

In the end, Khutmat Dovletmirzaeva was forced to apologize to Kadyrov on camera for requesting an investigation into her daughter’s death.

Because the investigation into the circumstances of the death of M. Umayeva is being conducted by the investigative body for the Gudermes region of the Investigation Committee of Russia for the Chechen Republic, and the forensic medical examination has been entrusted to the Republican Office of the Chief Medical Examiner in Grozny, the statements by the head of the Republic may put pressure on the experts and witnesses in this case, and jeopardize the impartiality and accuracy of the investigation.

The transfer of the case in order to conduct a preliminary investigation to a supervising investigatory organ will facilitate legal compliance and guarantee the safety of the victims and witnesses.