Home 2022 Open letter urging the EU leaders to impose energy sanctions on the... 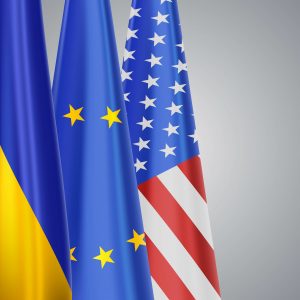 Tomorrow will mark a month since the start of the war in Ukraine, resulting in numerous civilian casualties and mounting war crimes committed by the Russian Federation.

Russian aggression was met by condemnation from the majority of the world leaders and international institutions. However, mounting international pressure has not achieved its main goal of stopping the war and altering the behavior of the Russian president Vladimir Putin.

As a joint summit with U.S. President Joe Biden approaches, the leaders of the European Union and United States are preparing to discuss what other restrictive measures could be applied to end ongoing aggression of the Russian Federation and change its political course.

International Partnership for Human Rights (IPHR) strongly believes that sanctioning Russian energy sector is the key to stopping war in Ukraine and prompting democratic change in the country. We call the EU to immediately impose energy sanctions on the Russian Federation to effectively deprive its current regime of financial resources and prevent further escalation of the Russian aggression in Ukraine and beyond.

Unlike the United States, which declared an embargo on all Russian energy imports, the EU is lagging behind. Instead, Russia remains the main EU supplier of crude oil, natural gas and solid fossil fuels. Since 24th February this year, payments to Russia for fossil fuels have exceeded 18 Billion Euros, which is more than support provided to Ukraine by both US and EU in the same time period. This revenue goes directly into financing war and corrupt authoritarian regime of Vladimir Putin.

Aside from betraying its own values and principles, by continuing exports of Russian crude, EU puts its security and economy under serious threat. As war continues and European citizens unite in solidarity with Ukraine, position of the European leaders remain divided along the lines of the following arguments:

Undoubtedly, the EU economy will be affected by these sanctions, however leading economic researchers and experts in Russian economy Sergei Guriev and Oleg Itskhoki state that embargo on Russian energy resources is not only the fastest way to stop the war in Ukraine, but also the most economically efficient way to do it. As the war continues, so do the economic and humanitarian costs. Europe is already facing a refugee crisis unseen since the WWII, creating serious challenges for the European economy, which is still recovering from the impacts of COVID-19 pandemic.

If the ban is imposed now, European economy has the means to adjust – mitigation strategies already exist to make sure that the negative impact on European consumers and markets resulting from export decrease is minimized. Otherwise, the dependence of the EU from Russian fossil fuels will inevitably make it more vulnerable to further political and economic manipulations by the Russian state, which can cost Europe security and peace.

Importantly, continuing this trade undermines the EU legitimacy in light of the global environmental crisis and EU’s commitments to decarbonization, which cannot be fulfilled unless the EU switches to renewables and diversifies its energy supplies.

Oil and gas exports are vital to Russia, with receipts exceeding $235bn in 2021. According to experts, joint U.S.-EU ban would significantly drain the pool of the potential buyers for Russian crude. It could also send a strong geopolitical message to other players, such as China, to change a stance on relations with Russia. Market powers will do the rest, forcing Russia to cut production and inflicting further losses on country’s key source of revenue.

Despite the fact that Russia is currently facing struggles to find buyers for its oil and gas, there are still countries, who continue the trade. The market disruptions could also be temporary, unless there is a strong signal of no return to “business as usual”. Such signal is expected in particular from the European Union, which sends Russia over 500M euros per day as a revenue. The economists warn that despite other sanctions in place, if these revenues keep coming in, Russia will run a fiscal surplus.

As long as Vladimir Putin and his allies are in power, they will continue redirecting revenues from the state budget to either war, countries repression apparatus or personal self-enrichment. This is already happening at the cost of Russian people, leading to poverty and repressions in the country.

In light of this information, we urge the EU leaders to use the upcoming Summit to agree on imposing energy sanctions on the Russian Federation resulting in rapid or multistep embargo on Russian energy commodities imports to the EU as a matter of EU’s moral, economic and environmental necessity.