Home 2022 Rule 9(2) submission to the Committee of Ministers of the Council of... 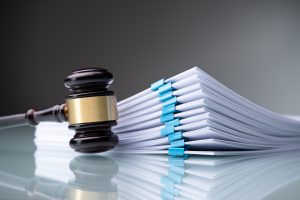 International Partnership for Human Rights (IPHR), European Human Rights Advocacy Centre (EHRAC), and Independent Lawyers Network (ILN) lodged submissions pursuant to Rule 9(2) of the Committee of Ministers’ Rules for the Supervision of the Execution of Judgments in respect of the Namazov group, consisting of three cases:

The three judgments in the Namazov group concern Azerbaijani lawyers who were disbarred from the Azerbaijani Bar Association (ABA) and were deprived of their ability to practise legal profession. Mr. Bagirov’s case also concerns his suspension as a member of the Bar for one year.

The Committee of Ministers (CM) has already called upon the Government of Azerbaijan to ensure that ‘the proceedings against the applicants are re-opened with a view to rectifying the shortcomings identified by the Court’ in its decision of 16 September 2021. According to the Government’s report of 5 November 2021 to the CM, however, the proceedings were only re-opened in Mr. Ismayilov’s case. No information was provided on the two other cases in the group, or any explanation as to why the proceedings were not re-opened in respect to these cases.

We provide the following recommendations aimed at the Government of Azerbaijan and/or the Azerbaijani Bar Association:

Regarding reinstatement of disbarred lawyers