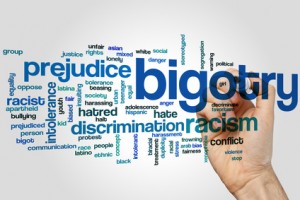 A new policy brief prepared by the SOVA Center for Information and Analyses and International Partnership for Human Rights (IPHR) surveys developments with respect to xenophobia, violations of freedom of religion and the inappropriate use of anti-extremism legislation in Russia in 2015. It highlights key trends and provides relevant statistics documented by SOVA through its monitoring. The policy brief is based on comprehensive reports on developments in these areas issued by SOVA in May 2016 and was compiled for a recent advocacy visit to Brussels by SOVA’s representatives.

In the framework of a joint project implemented by SOVA and IPHR, IPHR organized a series of meetings with EU representatives for SOVA Director Alexander Verkhovsky and SOVA’s Senior Analyst Olga Sibireva in Brussels in Brussels on 15-16 June 2016. The purpose of these meetings was to discuss current trends concerning freedom of religion, xenophobia and the fight in Russia, including those detailed in the new policy brief, as well as a new package of anti-terrorism legislation that may result in new restrictions on fundamental rights*. The meetings also covered the implications of developments in these areas for the overall human rights situation in Russia and opportunities for EU engagement with Russia on human rights issues in the current situation.

During the meeting, SOVA’s representatives met with Carl Hartzell, Senior Adviser on Russia in the Cabinet of President of the European Council Donald Tusk; Jan Figel, newly appointed EU Special Envoy for the promotion of the freedom of religion or belief outside of the EU; Member of the European Parliament Heidi Hautala from the Greens/European Free Alliance group; Jordi Garcia Martinez from the Russia desk at the European External Action Service (EEAS) and Yorgos Diacofotakis from the Human rights unit of the EEAS; Mychelle Rieau, Assistant to EU Special Representative for Human Rights Stavros Lambrinidis; and Sabina Mazzi Zissis, Head of the Unit for the Eastern Partnership and Russia of the European Commission’s Directorate General for External Policies.

*For a comment by SOVA on the new anti-terrorism legislation (in Russian), see http://www.sova-center.ru/misuse/news/lawmaking/2016/06/d34835/