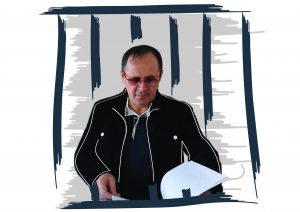 On 18 March 2019, a court in Chechnya, Russia, sentenced human rights defender Oyub Titiev to four years in prison on trumped-up charges after an unfair trial. Titiev, who has been in detention since his arrest on 9 January 2018, decided not to appeal.

Instead his lawyers focused on obtaining Titiev’s conditional release. Titiev’s request for early release was approved by a court on 10 June 2019 and on 21 June he was released from prison after 17 months in detention.

On 23 August 2018 Kadyrov threatened that human rights defenders will no longer be able to work in or visit Chechnya after Titiev’s trial is over, publicly stating that Chechnya will be forbidden for them, in the same way as for terrorists.

The Observatory for the Protection of Human Rights Defenders and IPHR are deeply concerned by this and other statements by representatives of the executive authorities of the Chechen Republic.

In view of these elements, our organisations formulate the following recommendations: