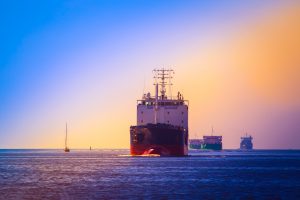 International Partnership for Human Rights publishes the second analysis in a series of publications on war crimes in the wake of Russia’s military aggression in Ukraine, prepared by Truth Hounds.

On the morning of 24 February 2022, Russian troops crossed the administrative boundary between the Autonomous Republic of Crimea and Kherson Oblast, as well as the state border between the Russian Federation and Ukraine into northern and north-eastern Ukraine. Almost immediately afterwards, armed conflict spread throughout Ukraine, including at sea. Investigators from Truth Hounds have established that a number of military operations at sea violated international humanitarian law (IHL) and are likely to qualify as war crimes.

On 24 February, a missile hit the bulk carrier ship “Yasa Jupiter” – which sails under the flag of the Marshall Islands,[1] near the port of Odesa. The ship was on its way to from Ukraine to Romania. Fortunately, there were no casualties. On 25 February, a Russian warship fired at the chemical tanker “Millennial Spirit” – which sails under the flag of Romania – while it was located 12 nautical miles (nm) from the Ukrainian Port of Yuzhny. Two crew members were injured in the attack and the ship was badly damaged. The same day, the bulk carrier “Namura Queen” – which sails under the flag of Panama – was hit in the stern by a missile while anchored at Spot № 358 of the roadstead at the Port of Yuzhny, resulting in some of the vessel’s equipment being damaged and a crew member sustaining injuries. All three ships were merchant vessels flying the flags of countries which are not party to the conflict. As such, they are civilian objects and accordingly may not lawfully be objects of attack under IHL.

The only exception from the prohibition on targeting merchant ships is when they are effectively contributing to military action (see Paragraph 67 of the San Remo Manual on Armed Conflicts at Sea, which is widely recognised as an authority on the customary rules of international law applicable to armed conflict at sea). Based on the information available, there is no reason to believe that the Yasa Jupiter, Millennial Spirit, or Namura Queen were contributing to military action in any way.

Thus, the shelling of the Yasa Jupiter bulk carrier, the Millennial Spirit chemical tanker, and the Namura Queen bulk carrier by the Russia’s air force qualify as serious violations of IHL because they amount to deliberate attacks on a civilian object (Article 85(3) (a) of AP I and Article 8(2)(b)(ii) of the Rome Statute of the International Criminal Court) or, if intent cannot be established beyond reasonable doubt, as an indiscriminate attack that caused damage to a civilian object and potentially endangered the environment (Article 85(3)(b) of AP I and Article 8(2)(b)(iv) of the Rome Statute). In addition, in the case of the attack on the chemical tanker Millennial Spirit, there was a threat of serious, widespread, and potentially long-term environmental damage as a result of chemical leakage. This entails violation of the provisions of Article 55 AP I and of the customary rules of IHL as codified in Paragraph 44 of the San Remo Manual.

In addition to these direct attacks on ships flying the flags of neutral states, on 27 February, Russian naval vessels seized the merchant ships “Afina” (IMO 8029272) and “Princess Nikol” (IMO 8319392). Both ships were sailing under the Ukrainian flag, and were transporting grain from Nikolaev in Ukraine to Constanta in Romania. In total, there were around 50 crewmembers aboard the ships.[2]

These civilian ships were 18 nm off the Crimean Peninsula, south of Cape Tarkhankut.[3] Reportedly, the Russian military threatened to destroy the vessels with missiles if they did not stop. Detaining and capturing enemy merchant ships is permissible (see Paragraphs 59-60 of the San Remo Manual; Article 53 of the Hague Regulations), but IHL requires that the private individuals who own the vessel receive compensation for the seizure. There is no indication that Russia has or will compensate the owners of the Afina and Princess Nikol for their seizure.

Large-scale military operations, which intensified on 24 February after the incursion of Russian troops into the territory of Ukraine, are continuing not only on land, but also at sea. Actions that violate IHL are particularly dangerous for the civilian population and civilian objects. The consequences of the likely violations of IHL described here exacerbate the already severe humanitarian catastrophe caused by the armed conflict and should therefore receive the sustained attention of the international community.