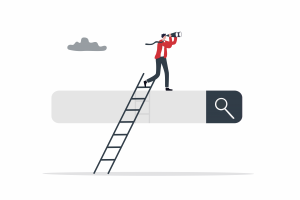 Today, Azerbaijan faces challenges and shortcomings across the spectrum of social and economic rights. The inability of a significant portion of the Azerbaijani population to enjoy an adequate standard of living due to insufficient incomes and low access to food and housing is an issue of concern. In terms of health standards, shortcomings are evident in the country’s state health insurance system and official health-related statistics. Citizens, meanwhile, face obstacles in realising their right to work, with inequality of employment being another cause of concern. As for the right to education, the COVID-19 pandemic has impacted on equal access to education in Azerbaijan and gaps have been identified elsewhere. These are among some of the issues explored in our new series of reports.

The series presents comprehensive introductory analyses of the four rights, consisting of an overview of the existing domestic legal framework, state policies, and programmes, an analysis of the publicly available official data, and information obtained through an online survey of social networks and complaints that BHRC received from Azerbaijani citizens. The reports were prepared in close cooperation with highly experienced Azerbaijani experts in economic and social issues who collected and analysed the information for the research. The research was conducted on the basis of the principles and standards laid out in the International Covenant on Economic, Social, and Cultural Rights – ratified by Azerbaijan in 1992 – and the state obligations deriving from the Covenant, against which the current situation was compared.  The reports provide recommendations to the Government of Azerbaijan formulated on the basis of the gaps and challenges identified with regard to each individual right, with the aim of assisting it in striving to meet its commitments to ensuring social and economic rights to every Azerbaijani citizen.