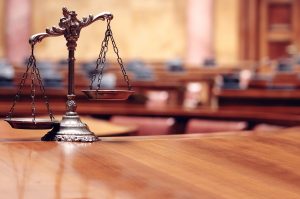 Civil Rights Defenders and International Partnership for Human Rights are gravely concerned to hear of new disciplinary proceeding launched against the Azerbaijani human rights lawyer Elchin Sadigov by the Bar Association of Azerbaijan. The proceedings are the latest step in the Azerbaijani state’s campaign to deny a livelihood to any lawyers willing to take politically sensitive cases and to dismantle protections for civil society in general.

The proceedings were launched at the request of a deputy prosecutor, who had removed Sadigov from the case of Yunus Safarov, a Russian citizen accused of the attempted murder of the head of the Ganja city executive authority. According to the prosecutor’s claim, Sadigov advised his client to manufacture claims of torture and inhumane treatment in order to create grounds for a case for the European Court of Human Rights.

The complaint seems to be based on confidential attorney-client discussions, apparently obtained through extralegal surveillance, and states the prosecutor “could not find any proof about the allegations about the inhuman treatment and torture [of Safarov].” As photographs of Safarov’s bloodied body circulated on social media shortly after his arrest in July, the independent media outlet Meydan TV quoted several sources naming the specific individuals who allegedly tortured Safarov, and the Azerbaijani justice system has a well-documented and long history of systemic torture and ill-treatment, the allegations are clearly ungrounded.

A series of amendments made to the Code of Civil and Administrative Procedures in November 2017 prevent all non-Bar members from appearing in court or formally representing clients, and moves by the Bar to decline to accept new members that do not agree to avoid “political” cases, mean every new disbarment or suspension moves Azerbaijan one step closer to the complete collapse of the judicial system.

We urge the Azerbaijani Bar Association to conduct a thorough and transparent inquiry into the allegations against Elchin Sadigov, and to cease its participation in the Azerbaijani state’s campaign against its members. The undersigned calls on the government of Azerbaijan to comply with international law and legal standards on the protection of the legal profession, including those contained in the International Covenant on Civil and Political Rights, the European Convention on Human Rights and the UN Basic Principles on the Role of Lawyers.