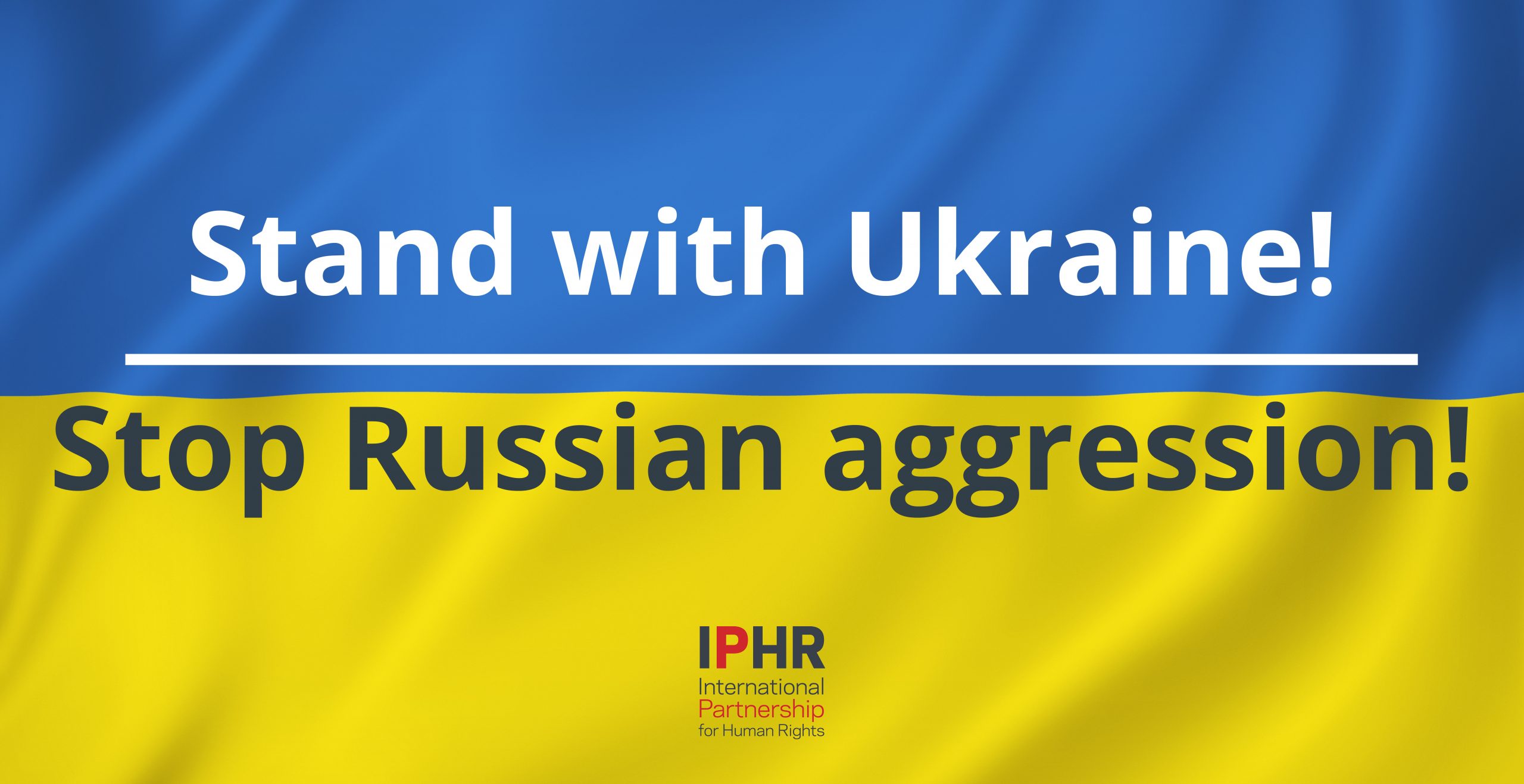 IPHR wishes to express its collective shock and disgust at the senseless destruction that Vladimir Putin is inflicting on Ukraine, as well as his flagrant and unjustified violation of Ukraine’s sovereignty and territorial integrity. Let there be no doubt, what we are witnessing in Ukraine is nothing short of a humanitarian disaster, on a scale which has not been seen on the European continent in decades, and of a kind that many of us believed had been consigned to history.

We utterly deplore the ongoing and flagrant violations of international law on armed conflict and international humanitarian law that are being committed as part of this campaign of aggression. Only three days after Russia’s initial invasion of Ukraine, we are already seeing numerous and credible reports of Russian targeting of civilian objects and populations. Such a callous disregard for international law and the sanctity of human life demands the strongest possible response from the international community.

We call upon the International Criminal Court to immediately open an investigation into the above mentioned violations.

We call upon the entire international community to dramatically increase its provision of support of all kinds – humanitarian, practical, military, and so on – to the Ukrainian people in their continuing struggle against Russia’s shameless aggression, as well as take all actions necessary to facilitate the unconditional sheltering of all refugees fleeing Ukraine.

We further call upon the entire international community to accelerate the ratcheting-up of non-military pressure of all kinds – financial, economic, diplomatic etc. – on Vladimir Putin’s autocratic regime.

Finally, we call upon Vladimir Putin to immediately and unconditionally withdraw all Russian military forces from the internationally-recognised territory of Ukraine and bring his current campaign of aggression to an end.