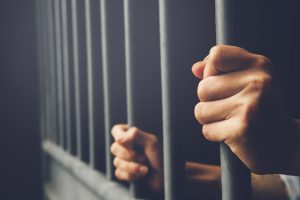 The NGO Coalition against Torture and Impunity of Tajikistan and International Partnership for Human Rights (IPHR) are concerned that Amriddin Alovatshoyev, 44, a native of the Roshtqala district of Tajikistan’s Gorno-Badakhshan Autonomous Region (GBAO), is at real risk of torture and ill-treatment, unfair trial, and other human rights violations after having been forcibly returned to Tajikistan from Russia in January 2022.

Alovatshoyev is believed to have been arbitrarily detained in Russia and forcibly returned to Tajikistan following his participation in demonstrations at the Tajikistani Embassy in Moscow in November 2021.

The Tajikistani Prosecutor General Yusuf Rahmon confirmed on 2 February that Alovatshoyev had been extradited from Russia at the request of Tajik authorities in relation to an unspecified criminal case launched against him.[1] Rahmon did not give any further details. On the same day, Shodi Hafizada, head of the Department for the Fight against Organised Crime of the Ministry of Internal Affairs, announced at a press conference that a criminal case had been initiated in relation to hostage-taking and several other crimes.

According to media reports, Alovatshoyev’s relatives in the GBAO last heard from him on 11 January 2022. According to his wife, Sofia Munimshoeva,[2] his phone number is now unavailable. She learned from people who were allegedly detained with Alovatshoyev in the Russian city of Belgorod and subsequently released that they had not seen Alovatshoyev since 11 January.

According to media reports, unknown armed persons had been harassing Alovatshoyev since some 1,000 people from the GBAO gathered at the Tajikistani embassy in Moscow in November to protest the death of GBAO resident Gulbiddin Ziyobekov during a special operation by Tajikistani security forces. Alovatshoyev acted as a negotiator between the protesters and the Tajikistani ambassador to Russia.

Therefore, during the period from 11 January to 2 February, despite the fact that media outlets repeatedly wrote about Alovatshoyev’s disappearance, the Tajikistani authorities did not provide any information about his detention or his whereabouts. At the time of writing, it is not known where Alovatshoyev is being held, who detained him, and with exactly which crimes he has been charged. It is not known if he has access to legal assistance.

International standards establish that “incommunicado detention, which places detainees completely outside the protection of the law, is a prima facie form of arbitrary detention” that violates a person’s right “to be recognized as a person before the law under Article 16” of the International Covenant on Civil and Political Rights and is “highly conducive to torture”.[3]

During this period of incommunicado detention, Alovatshoyev is at high risk of being subjected to torture or other forms of ill-treatment and we urge the authorities to reveal his whereabouts and state of health and allow him immediate and unhindered access to a lawyer and contact with his relatives.

[3] Opinions adopted by the Working Group on Arbitrary Detention at its seventy-ninth session, 21-25 August 2017, https://www.ohchr.org/Documents/Issues/Detention/Opinions/Session79/A_HRC_WGAD_2017_46.pdf.