Statement by the Tajikistani NGO coalition on promoting economic and social rights*, the Netherlands Helsinki Committee and International Partnership for Human Rights 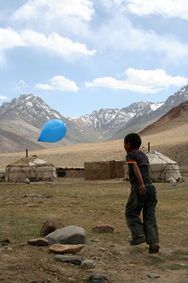 After reviewing the implementation of the International Covenant on Economic, Social and Cultural Rights (ICESCR) in Tajikistan at its session in Geneva last month, the UN Committee on Economic, Social and Cultural rights has now published its Concluding Observations. These Concluding Observations highlight the need to step up efforts to fight corruption and to improve labour, education and housing policies, as well as access to social security in Tajikistan. More needs to be done to combat discrimination, and women, children, disabled persons, migrant workers and their families and other vulnerable groups should be better protected. We call on the Tajikistani government to live up to its obligations under the ICESCR and use the Concluding Observations as a roadmap for change, through close cooperation with civil society.

The Concluding Observations of the Committee on Economic, Social and Cultural Rights deal with issues from across the broad spectrum of rights enshrined in the corresponding Convention. They largely reflect the concerns of Tajikistani civil society: Most of the issues raised by the Tajikistani NGO coalition on promoting economic and social rights in its input to the review (see more below) are covered in the Concluding Observations and 21 of the 35 recommendations made by the Committee are in line with NGO recommendations. This is a positive outcome.

However, the findings of the Committee also show that the Tajikistani authorities have failed to take adequate measures to implement many of the recommendations addressed to it when the situation in the country was first assessed by the Committee in 2006. As a result, there has been no substantial progress in key areas covered by the Covenant. A basic problem is the lack of systematic and effective measures to put into practice various strategies, policy documents and legal amendments affecting the protection of economic, social and cultural rights that have been have been elaborated and adopted in Tajikistan.

In order to ensure a different outcome this time, it is crucial that the Tajikistani government takes concrete and consistent steps to implement the new recommendations made by the Committee. This should include adopting a comprehensive, realistic and result-oriented action plan, in close cooperation with civil society organisations, as well as working with such organisations on the realisation of this plan. The Tajikistani NGO coalition on promoting economic and social rights is ready to assist the government in this regard.

In its Concluding Observations, the Committee on Economic, Social and Cultural Rights raises concerns, among others, about the lack of effective remedies for violations of economic, social and cultural rights, the continued absence of a comprehensive anti-discrimination law, and pervasive and systematic corruption in the public sector. It pays particular attention to the situation of women, deploring entrenched gender role stereotypes and significant gender discrimination, gender segregation and income gaps in the labour market, as well as widespread prevalence and impunity for domestic violence that primarily affect women.

The Committee is worried that employment policies are not commensurate with the fast population growth, that there is a high rate of unemployment, and that amounts of the minimum wage, pensions, benefits and other social payments are too low to ensure an adequate standard of living. It calls for enhanced efforts to protect Tajikistani migrant workers abroad and their families left behind, as well as to reintegrate returning migrant workers. It criticizes restrictions on access to employment, health care and other services of persons with disabilities, refugees and asylum-seekers and other vulnerable groups and finds the health sector budget inadequate.

The Committee further expresses concern about the low quality of education due to the lack of qualified teachers and teaching materials, the decrease in instruction in ethnic minority languages and high dropout rates among girls and children from disadvantaged families. It points to problems with housing shortages, forced evictions, lack of access to safe drinking water and sanitation of large parts of the population and irregular supply of electricity across the country. It also raises issues concerning child labour and children in institutions.

While it is of crucial importance that civil society is consulted and engaged in efforts to realise economic, social and cultural rights in Tajikistan, legislation currently under consideration in the country risks limiting the freedom to operate of NGOs working on these and other issues. The Committee indicates in its Concluding Observations that it is alarmed by this development, stating that this legislation “may have an adverse impact on the activities of civil society organizations engaged in the promotion and protection of economic and social rights” and directing the Tajikistani authorities to ensure that any amendments strengthen rather than weaken freedom of association.

We call on the Tajikistani authorities to heed to the Committee’s recommendations on this and other issues and to focus on ways to strengthen cooperation with civil society organisations on human rights protection rather than on increasing control and restrictions of the activities of such groups. The authorities should publicly acknowledge the important role of civil society organisations in furthering economic, social and cultural rights and draw on their unique insights, experience and networks to bring about real-life improvements for the country’s residents.

Tajikistan ratified the ICESCR in 1999. As other states parties to the ICESCR, it has an obligation to provide periodic reports on the implementation of the Covenant to the Committee on Economic, Social and Cultural Rights, an independent expert body that monitors the compliance of states parties with the Covenant.

Meeting for its fifty-fourth session in Geneva, the Committee on Economic, Social and Cultural Rights examined the combined second and third periodic report submitted by the Tajikistani state party under the ICESCR on 24-25 February and subsequently adopted Concluding Observations on 6 March.

Aside from information provided by the Tajikistani authorities, the Committee used information from NGOs in its review. The Tajikistani NGO coalition for the promotion of economic and social rights actively contributed to the review process of the Committee, with support of the Netherlands Helsinki Committee (NHC) and International Partnership for Human Rights (IPHR).

The NGO coalition submitted a comprehensive, alternative report to the Committee, outlining its concerns regarding the current state of the protection of economic, social and cultural rights in Tajikistan. Members of the NGO coalition were also present at the review of Tajikistan in Geneva, where they briefed Committee members on issues covered in the report and provided additional information at an informal meeting held ahead of the Committee’s official, interactive dialogue with the Tajikistani state delegation. The NGO coalition likewise provided information both in writing and orally for the pre-session working group meeting of the Committee in May 2014, when a List of Issues for the subsequent review of Tajikistan was adopted. Principal issues raised by the NGO coalition were addressed by the Committee during its dialogue with Tajikistani government officials and are reflected in the Concluding Observations, as mentioned above.

The outcome of the ICESCR review will be the basis for further initiatives by members of the NGO coalition, within the framework of joint projects with the NHC and IPHR. They will translate the Concluding Observations into Russian and Tajik and disseminate them among their networks and media. They will also organise workshops in different regions in Tajikistan to inform civil society actors about the outcome of the review. At the same time, the NGO coalition members will make all efforts to engage with government officials on the implementation of the Concluding Observations and use these as a reference in efforts to monitor and assess legislation and policies affecting economic, social and cultural rights.

* The members of this coalition are: Nota Bene, Panorama, the Bureau on Human Rights and Rule of Law, the Consumers Union, the Human Rights Center, the Independent Center for Human Rights Protection, Law and Prosperity, Sarchashma, the Office for Civil Freedoms and Your Choice, and individual human rights experts.