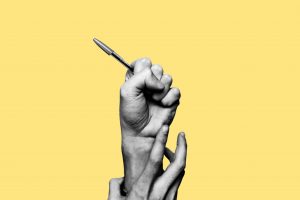 On the occasion of World Press Freedom Day, 3 May, International Partnership for Human Rights (IPHR) draws attention to the increasingly restrictive climate of freedom of expression and information in Tajikistan. We call on the international community to urge Tajikistan to comply with its international commitments to protect the fundamental freedoms of expression and opinion and to cease obstructing the professional activities of independent journalists and members of the press.

It has become virtually impossible for journalists to cover issues, which the authorities perceive to be “sensitive”, without endangering their safety or that of their relatives. In 2021, Freedom House rated Tajikistan as “not free”  in 13th to last place out of over 200 and the World Press Freedom Index, compiled by Reporters Without Borders, ranks Tajikistan as 162nd out of 180.[1]

The authorities use legal provisions punishing incitement to hatred or discord or spreading of false information and threats against journalists and their families to create a climate of fear and to silence those who dare to speak critically about the regime.

State stifling of free speech has been alarmingly apparent during the COVID-19 pandemic. As the authorities have played down the effects of the pandemic in Tajikistan they have warned journalists who reported about COVID-19 cases and deaths that they would be “held to account”. Restrictive legislation that entered into force in July 2020 provides for harsh fines and administrative arrest of up to 15 days for the distribution of “inaccurate” and “untruthful” information about COVID-19 through the press, social networks “or other electronic means”.

Since the law came into effect, local media, including the few remaining independent media outlets, mainly quote governmental statistics on COVID-19. Journalists report that it has become very difficult to double-check official statements and the general public has become wary of sharing information about COVID-19 on social media. In some cases, Facebook users who posted non-governmental data about COVID-19 were subsequently summoned to prosecutor’s offices and given official warnings. In January 2021, President Emomali Rahmon publicly claimed victory over the coronavirus, in a move which, it is feared, exacerbates problems with the provision of transparent public health information about the virus.

“Instead of promoting transparent reporting, the authorities increase the capacity of the State Committee for National Security to spy on citizens in order to understand what’s going on in society”, one journalist, who wished to remain anonymous, told IPHR .

Independent journalists who are committed to providing the public with balanced information for informed public debate on issues including politics and human rights find themselves forced to flee the country, change professions or resort to self-censorship. Dozens already left the country in recent years.

Government agencies routinely put pressure on independent journalists and media representatives who remain in the country and have sowed mistrust and division in  the journalistic community. “We used to discuss things in the kitchen in the past, but we don’t trust anyone anymore. If something happens to a journalist the others won’t show solidarity, he can only count on his closest friends”. A journalist told IPHR on  condition of anonymity during field research on media freedom.