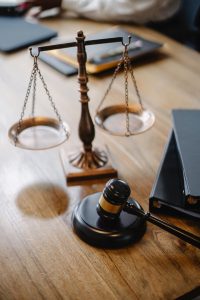 The trials of several human rights defenders and journalists, who have been charged with various criminal offenses in apparent retaliation for their criticism of the government’s repressive policies in the restive Gorno Badakhshan Autonomous Region (GBAO), recently began in Tajikistan. International Partnership for Human Rights (IPHR) and the World Organisation Against Torture (OMCT) are seriously concerned about the non-transparent and politically motivated nature of these proceedings and call on the Tajikistani authorities to drop the charges against the defenders and journalists and immediately and unconditionally release them.

The trial of human rights lawyer and director of the Pamir’s Lawyers Association Manuchehr Kholiknazarov and other activists, including Faromuz Irgashev, Muzaffar Muborakshoev, Khushom Gulyam (Khushruz Jumaev) and Khursand Mamadshoev, who are members of Commission 44 – a government–civil society commission established in November 2021 to investigate the killing of protester Gulbiddin Ziyobekov and the subsequent crackdown on mass protests in GBAO – began on 20 September 2022 behind closed doors at the Supreme Court in Dushanbe, the capital of Tajikistan.

The trial in the case of independent journalist Abdullo Gurbati began a day later, on 21 September at the Shohmansur District Court in Tajikistan. On 15 September the investigation into the case of journalist Daler Imomali was also completed and his case will be submitted to court in the near future.

The closed trial against independent journalist and human rights defender Ulfatkhonim Mamadshoeva is ongoing at a detention facility of the State Committee for National Security (SCNS) in Dushanbe.

These and other human rights defenders and journalists were all arrested as part of the widening crackdown on dissenting voices and civil society launched by the Tajikistani government in response to mass protests, which took place in GBAO in November 2021 and May 2022. They have spoken out about allegations of serious human rights violations characterising the government’s so-called ‘special’ or ‘anti-terrorist’ operations in the region, including reports of the disproportionate use of force against mostly unarmed civilians, extrajudicial killings, torture and ill-treatment, arbitrary detentions and repressive measures targeting civil society and the wider population of GBAO. When prosecuting the defenders and journalists, the authorities have used vaguely worded criminal legislation on ‘’extremism’’ and other offences, which can be used to stifle dissent. IPHR and OMCT are furthermore concerned about the lack of access to lawyers, and the closed nature of the trials, alleged ill-treatment and torture.

For more information on the crackdown on human rights defenders & journalists following the GBAO events in Tajikistan, see the following report.