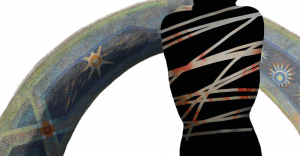 The Committee against Torture (CAT) will review Tajikistan’s third periodic report on the implementation of the country’s commitments as a party to the Convention against Torture at its 63rd session in April/May 2018.
To provide information to the Committee members ahead of the review, International Partnership for Human Rights (IPHR) submitted two reports to the Committee, entitled “We just want to be the way we are!“ LGBT people in Tajikistan: beaten, raped and exploited by police and „He left his footprint on my life“ – Domestic violence in Tajikistan: Time to right the wrongs. The first report was jointly prepared by IPHR and Helsinki Foundation for Human Rights (HFHR, Poland), the other by Nota Bene (Tajikistan), IPHR and HFHR.
Abuse of LGBT people: The human rights of LGBT people in Tajikistan are often egregiously abused, although consensual homosexual relations between adults were decriminalized in Tajikistan in 1998. In recent years law enforcement agencies have repeatedly stated that it was necessary to counteract homosexuality and they appear to have increasingly targeted LGBT people. The authors of this report are aware of dozens of credible cases in recent years of police intimidating, arbitrarily detaining, physically or sexually abusing or threatening to abuse LGBT people. Police abuse and extort money from LGBT people with almost complete impunity. Societal homophobia and transphobia make NGOs working with LGBT clients particularly vulnerable to government pressure and several have been forced to discontinue their work in recent years.

Domestic violence: The adoption of the Law on the Prevention of Violence in the Family in 2013 and other positive steps taken by the government since then to combat domestic violence are being undermined by remaining protection gaps in legislation, weaknesses in the criminal justice system and the failure of the authorities to systematically address the widespread problem. Obstacles to justice for victims include the fact that domestic violence is not criminalized as a separate offense in the Criminal Code and the failure of the state to ensure that perpetrators are prosecuted, resulting in ongoing impunity. The requirement for victims of certain types of abuse to pursue complaints against their abusers through the criminal justice system themselves discourages them from fighting for justice. The state has not prioritized funding of  support services and shelters for victims of domestic violence from the central budget and service provision remains inadequate leaving many victims particularly in rural areas with no where to turn.