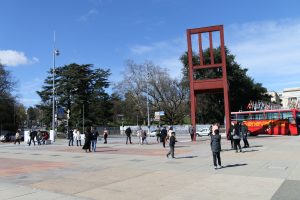 International Partnership for Human Rights, the NGO Coalition against Torture and Impunity in Tajikistan and Helsinki Foundation for Human Rights (Poland) prepared a joint submission to the United Nations Human Rights Committee ahead of the consideration of Tajikistan’s Third Periodic Report at the Committee’s 126th session on 2 and 3 July 2019.

The document focuses on torture and ill-treatment in Tajikistan with a special emphasis on Articles 7, 9 and 10 of the International Covenant on Civil and Political Rights(ICCPR). It provides background information on general developments with relevance to the implementation of the ICCPR in Tajikistan, the legislative framework pertaining to torture and other forms of ill-treatment and its implementation. It highlights civil society concerns about torture and other ill-treatment in detention (including in police stations and temporary detention facilities, corrective labour facilities and prisons) as well as in other closed or semi-closed facilities and the armed forces. The document pays special attention to vulnerable groups, such as women and LGBT people, and highlights concerns pertaining to investigations into allegations of torture and other ill-treatment, prosecutions of perpetrators, and victims’ access to reparation. It also includes a chapter about the shrinking space for civil society organizations and activists in Tajikistan including those working against torture and impunity (Article 22 of the ICCPR) and another about the need to fully abolish the death penalty (Article 6 of the ICCPR).

Each thematic chapter concludes with a list of suggested recommendations to the Tajikistani authorities. The main text contains short summaries of individual cases illustrating specific violations. The annex contains detailed descriptions of selected cases which lawyers of the NGO Coalition against Torture and Impunity in Tajikistan worked on in the period under review.