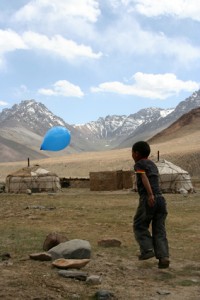 At its session in Geneva on 24-25 February 2015, the UN Committee on Economic, Social and Cultural Rights (CESCR) will examine the implementation of the corresponding treaty in Tajikistan. The Committee will assess progress made by the authorities of this Central Asian country since 2006, when its record first was subject to review. A report prepared for the review by a coalition of Tajikistani NGOs and individual experts provides independent information on the current protection of economic, social and cultural rights in Tajikistan and highlights concerns with respect to the situation of women, children, disadvantaged families, labour migrants, ethnic minorities, rural residents and other vulnerable groups.

This week’s CESCR session on Tajikistan is the second stage in a review that began in May 2014. At that time, the Committee adopted a list of questions that the Tajikistani government was requested to respond to, in addition to preparing an official report on its progress on realizing the Convention on Economic, Social and Cultural Rights, to which Tajikistan acceded in 1999. This time the Committee will engage in a face-to-face dialogue with Tajikistani government officials and adopt concluding observations on the situation in the country after examining the information provided by the national authorities, as well as other sources.

The report submitted by the Tajikistani NGO coalition for this week’s CESCR session is a follow-up to a report submitted for the May 2014 session. The report has been prepared by the following organizations: Nota Bene, Panorama, the Bureau on Human Rights and Rule of Law, the Consumers Union, the Human Rights Center, the Independent Center for Human Rights Protection, Law and Prosperity, Sarchashma, the Office for Civil Freedoms and Your Choice, as well as individual experts. Nota Bene has coordinated the preparation of the report within the framework of the project “Promoting Socio-economic Rights of Women and Children in Tajikistan and Kyrgyzstan” with support from the Netherlands Helsinki Committee. International Partnership for Human Rights has provided assistance with editing the final version of the report as part of the project “A Transnational Civil Society Coalition in support of Fundamental Rights in Central Asia,” which is implemented jointly by four organizations with financial assistance from the European Union.

Representatives of the Tajikistani NGO coalition will be present at the CESCR session in Geneva.