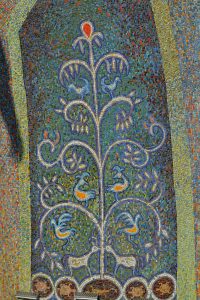 Last week the journal Konuniyat (Legality), issued by the Prosecutor General’s Office, published an article by Interior Minister Ramozon Rahimzoda stating that the names and details of 319 allegedly gay men and 48 lesbians had been entered into a register introduced in 2016. The publication reportedly repeated information provided by Ramozon Rahimzoda at a conference organized by the Prosecutor General’s Office earlier this year.

International Partnership for Human Rights (IPHR) has concerns about the existence of a register based on the sexual orientation and gender identity of individuals, which in itself is a violation of the rights of lesbian, gay, bi-sexual and transgender people (LGBT) and, additionally, could be used by the authorities as a tool to persecute sexual minorities. IPHR is also concerned that law enforcement officers may use the task to identify and register LGBT people, or their access to the register, to blackmail and extort money from them or to subject them to forced medical testing.

Consensual homosexual relations between adults were decriminalized in Tajikistan in 1998, but homophobic attitudes run deep and in recent years law enforcement agencies have repeatedly stated that it was necessary to counteract homosexuality.

In June 2014 the Ministry of Internal Affairs (MIA) conducted a series of raids in Dushanbe and other cities, targeting sex workers. Hundreds of people were arbitrarily detained and there were credible allegations of ill-treatment. The Ministry’s press service reported on 12 June that police took finger prints and photos of many of those detained and had them tested for sexually transmitted diseases in dermatological and venereological clinics in Dushanbe. Among those detained were members of sexual minorities and the MIA reported that three people had been taken to police stations so that “the necessary measures for homosexual behaviour“ could be taken. On 18 July, shortly after the raids, the MIA provided statistics of its fight against “amoral crimes, prostitution and procurement” in the first half of 2014 and included “homosexuality and lesbianism” in the list of crimes and offences the Ministry had taken action against.

According to Ramozon Rahimzoda’s article in Konuniyat, the Prosecutor General’s Office, the MIA and the State Committee on Women’s Affairs and Family jointly launched the operations “Morality” and “Purge” in 2015 to prevent and combat offences against morality and amoral behaviour, targeting a wide range of people including LGBTs. In 2016 the authorities began to single out members of sexual minorities setting up a working group on the issue of youth joining groups of LGBT people. Subsequently, 367 alleged gays and lesbians were detained and registered. The process of registering LGBT people appears to be continuing.

For example, IPHR learnt of the case of a gay man, whose name is withheld for security reasons, who reported having been caught up in the operation “Purge” in June 2017. He said: “Police officers detained me in one of the district police stations in Dushanbe. They told me they were working on the operation ‘Purge’ and had to register me and other gays because we carried HIV/AIDS. They videotaped me as they humiliated me and asked indecent questions about my private life. They told me to give them contact details of other gay men, especially rich ones. When I refused they took my telephone and wrote down all contact details they could find in the phone book. Eventually they let me go but threatened to tell my family of my sexual orientation if I complained.”

IPHR has documented many cases in recent years of police officers intimidating, physically or sexually abusing and arbitrarily detaining LGBT people and using their knowledge of an individual’s sexual orientation or gender identity to blackmail and extort money from them. As many LGBT people in Tajikistan lead double lives they have much to lose if their wives, husbands, parents, other relatives, neighbours, teachers or employers find out about their sexual orientation or gender identity. For further information, refer to the July 2017 report “We just want to be who we are!” LGBT people in Tajikistan: beaten, raped and exploited by police, which was jointly issued by IPHR and Helsinki Foundation for Human Rights.

As a party to international human rights treaties including the International Covenant on Civil and Political Rights and the Convention against Torture and Other Cruel, Inhuman or Degrading Treatment or Punishment, Tajikistan has committed to uphold rights such as the right to privacy, the right to be free from discrimination including on grounds of sexual orientation and gender identity, the right to be free from arbitrary detention and the right to bodily integrity. In addition, the International Guidelines on HIV/AIDS and Human Rights, issued by the UN Office of the High Commissioner for Human Rights and the Joint United Nations Programme on HIV/AIDS (UNAIDS), specifically call on States to prohibit mandatory HIV testing.

IPHR calls on the authorities of Tajikistan to uphold its obligations under international human rights law and implement the following measures as a matter of urgency: